Us men often get called out for our weaknesses. Whether it’s an inability to remember to flush the toilet, a fanatical obsession with a sports team or a penchant for an expensive hobby, nobody is denying that all men have their faults. However our female counterparts should take a moment to reflect and be glad that an expensive hobby for most guys means golf or classic car collecting. Because, for a certain group of men in high places, their idea of an expensive hobby is something different entirely. 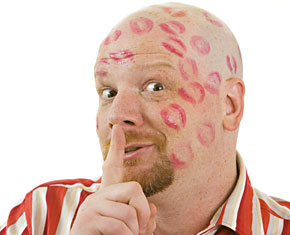 Arnold Schwarzenegger, Anthony Weiner, Dominic Strauss-Kahn – the latest trio to be added to a long list of high-powered men who have sacrificed their reputations, all through an inability to keep it in their pants. It seems to be a near-endemic problem in the political arena, where a big sex scandal is unleashed upon the unsuspecting public – who love a good scandal of course – every other week.

Between one day and the next, a man can go from being a popular politician to a universally reviled pervert. This applies particularly to Anthony Weiner, who was seen as quite the go-getter in the House of Representatives, a thorn in the side of the GOP. Then he inexplicably revealed himself to a young woman, publicly over the internet. In a matter of days his career was in tatters. No doubt his relationship has suffered accordingly; it has been revealed that his wife was expecting a child at the time the scandal broke.

We currently exist firmly within the age of the internet, so these scandals are only likely to proliferate as they become more insuppressible. Weiner didn’t seem to realize how Twitter works, resulting in his bizarre clandestine activities being revealed to world in an instant, much to his dire humiliation. In the same vein, it has been said that Schwarzenegger chose to reveal his infidelity because he knew that, though it might be possible to gag the mainstream media, there was no way the small matter of him having a mistress and a lovechild would avoid being leaked over the web.

But why do they do it? It seems that when some men become wealthy and powerful, they just don’t know where their boundaries are any more. Luckily we the public are there to bring their egos crashing back down to earth when they get found out, by humiliating them in the tabloid press and gossip magazines for weeks on end.

In a recent article for Forbes on this epidemic of reputational suicide, Davia Temin had some interesting insights into the matter:

Public figures may try to come back from reputational hara-kiri – and indeed sometimes they start institutes, go on the speaking circuit, anchor talk shows, go back to playing golf or making movies – or they may go to jail. But they never come back at the same level, with the same reputation, or the same public trust. No amount of “PR Rehabilitation” will do that.

In the truest sense, these men literally sacrifice their entire careers – and often their marriages too – for the sake of having some illicit sex. Are we, the male of the species, really that dumb? I guess I won’t even answer that question, for fear of insulting myself. What I will say is, if you’re husband has a bad habit like putting his socks in the wrong drawer, just be happy that he’s not putting his…

On second thought dear reader, I’ll let you complete that sentence for yourself.

Posted by Staff Writer at 06:01 AM
bargain news , Points of View , Relationships |