A friend called me up the other day to tell me about her new boyfriend, Y. She gushed on for several minutes about his eyes, his funny jokes, his cute dog. When I was finally able to get a word in edgewise, I squeaked out “Wait, you broke up with X?” 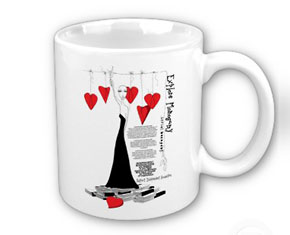 branches. The process is always the same: one day, I’ll get a sobbing call from the friend about their most recent break up. He was a jerk, she wouldn’t shut up, he was still hung up on his ex, she couldn’t commit. It’s okay, though, because my friend is just going to focus on his or her self for a while. Maybe it’s finally time to take that art class! Do I want to go out next weekend? A week later, like clockwork, the friend calls back. They’re dating someone AMAZING, s/he’s so great, isn’t it crazy? Without fail, they utter the fateful sentence: “This is the last thing I ever expected!”

Really? Because it’s the first thing I expected. Because this cycle has been repeating itself over and over and over for as long as we’ve been friends. When I delicately point this out, the friend always responds the same way: “I know, I know, but I’m not like you. You’re so good at being alone.” Not only is that an insulting statement, but it’s not like being alone is a skill. You just put your head down and do it. It’s not hard.

I might not understand my serial monogamist friends, but for my own sake, I wish they’d calm down. It’s very embarrassing when I refer to one of their significant others by the last one’s name.