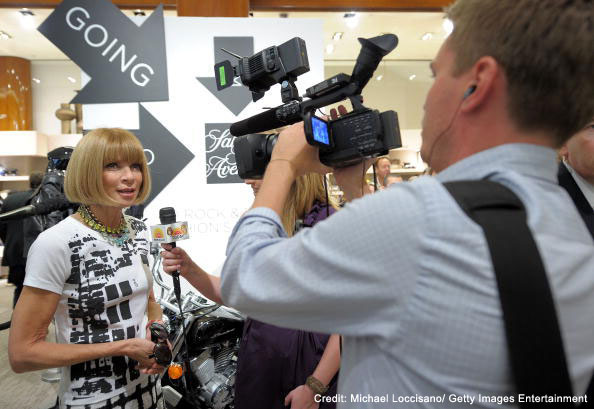 Since mid 2008, consumers and retailers alike have heard and read nonstop prattle regarding the state of our national and global economy. From collapsed markets to inflation to increased costs of living paired with decreased salaries, times are certainly uncertain.

Naturally, consumers are wary of our economy’s current state and have resorted to more frugal tendencies. Even fashionistas who once splurged at Saks are bucking the urge to spend spend spend and are instead squirreling away their cash while wearing last year’s products.

To make money, or at least break even, retailers have had to get creative. Luxury brands like Saks, Neiman Marcus and Nordstrom decided the best thing to do was to extend their brands and begin opening outlets. Their goal? To reach more people — including new demographics — in hopes of resurrecting clientele who appreciate the finer things in life.

The decision to branch out was undoubtedly an intrepid one since nobody knew for sure what would happen after investing in new outlet store fronts. Many were afraid that outlet stores could harm the brand’s name, but the plan has, so far, panned out successfully.

After other stores, including those listed above, tested the waters, Bloomingdales also decided to hop aboard this “branching out” outlet train. They plan to open a cluster of stores in the spring and fall of 2012.

According to Arnold Orlick, Bloomingdale’s senior Vice President of their outlet stores, they will focus on selling the brands of Bloomingdales instead of private labels. They hope that the new stores will draw in aspirational luxury shoppers who don’t want to — or simply can’t afford — the lofty price tags at the traditional stores.

How the Grinch Saved Christmas

Financially, the holiday season has become a huge burden on Americans’ pockets these past few years, as families struggle to make ends meet during trying economical times. Instead of being a season to look forward to and embrace, people fear it like the plague, knowing they will be forced to spend money they can’t afford to part with on presents for loved ones. Prior to this depression we’ve been in, Christmas had become a time to lay out the big bucks for over the top presents, such as Playstations, fur coats, and yes, even automobiles. Soon thereafter, one by one, people fell 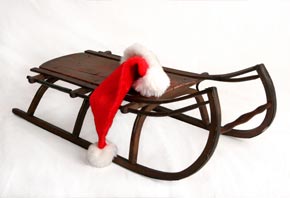 into their own struggle, some slower to come to terms with it than others, and eventually families unanimously agreed that they needed to put a stop to the ridiculous spending on gifts. Rules were set, a  spending limit was placed, and in some cases, events and gatherings became a substitute for gifts. Families began coming together with simple tokens of appreciation, or no presents at all, the main purpose being to simply enjoy each other’s company, basking in the pleasure of conversation and laughter rather than FedEx-ing the latest Wii game with a “family update” attached. But wait, isn’t coming together what the holiday season is supposed to be about in the first place?

If your family never parted with the spending, and still revolves this special time around the disheartening notion of physical gifting, then it may take remembering a scene from the Dr. Seuss’ classic, How the Grinch Stole Christmas, to make you appreciate, well, what Christmas is all about. Remember when the Grinch swooped down to Whoville on Christmas Eve? He stole every gift and tree, decoration and ham, in order to take the holiday away from the townspeople he loathed. When residents of Whoville woke up to bare fireplaces and empty living rooms on Christmas morning, they embraced each other anyway, singing in the streets in appreciation for the day itself and those they are blessed with, for it was Christmas they were looking forward to, not the perks came along with it. Where did we go wrong? Isn’t this children’s story the perfect goal as to what mindset we must maintain?

Bratty children may not be able to grasp the idea that they will not receive the latest gadget or gizmo on their favorite holiday, but we must lead by example. For one, my family has made a game out of gift giving, utilizing the “set of rules” to save money, have fun, and enjoy one another’s company. We all participate, young and old, and have made it a tradition to gather around after digging into a glazed ham and laugh and shout during the “White Elephant Gift Exchange.” Heard of it? It’s also referred to as Dirty Santa, Pollyanna, or more descriptively, The Christmas Swap Thingy. Here everyone brings a wrapped gift, setting a fair limit of say, $10 or $20, and each member of the family selects a number from a hat. In our designated order, we then are allowed to choose a new gift from under the tree or steal one someone else has, and it can get feisty! Above all else, the bottom line is this silly game is all about having fun with each other.

This 2011 shopping season is giving hope to America’s economy. In recent totals, it is proven that America is spending 15% more on gifts than last year. Cyber Monday raked in a whopping 1.25 billion dollars, totaling out holiday spending thus far at over 18 billion. While stimulating the economy is important, as is looking up and forward as we dig ourselves out of this financial rut while jobless rates decrease, we must not loose sight of the family oriented traditions we have set in place as we all struggled together. It took so long for us to return to the real meaning of Christmas, that even if the money is there, let’s continue to enjoy one another’s company and not let big spending get in the way.

While it’s obvious gifts still are going to be given, this year put your money towards doing something creative for each family member, friend, and neighbor. Some suggestions that are sure to be a big hit is to load up mason jars with goodies: mini cobblers, personalized spice blends, candied nuts, and homemade granola. Wrap that to stick under the tree so Uncle Johnny and Grandma can fight over it during the “White Elephant Gift Exchange.” We all know Granny will win, but I’m sure she’ll share.

Posted by Caitlin Colford at 08:52 AM
bargain news , Points of View , Tips Guides |