Before You Take That PR Job, Consider This

The world of public relations has always had a somewhat controversial reputation. Some in the writing/journalism world consider PR writing a cop out (though they’re probably just jealous of the higher salaries). In addition, those in the PR field also get dogged on for being the “high school mean girls” of the business world.

Speaking from a personal standpoint, I’ve worked with many PR representatives and the overwhelming majority have been great to work with. Some are a little pushy, no doubt, but it’s their job to push as hard as they need to in order to earn their client a little media love. The Stylish City’s experience with PR firms has also been excellent and other media outlets would probably agree. 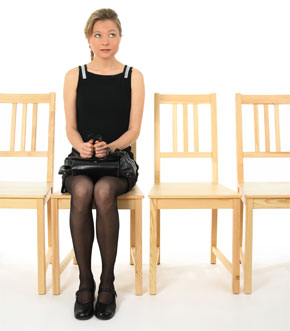 Still, the PR world just can seem to shake their mean girl reputation.

According to a recent post by The Grinding Stone, that reputation could stem from the way PR personnel treat others in the PR world. They are, after all, often in direct competition with each other. And in a field where 70 percent of the population is female, a little cattiness is bound to reveal itself.

“Even before you begin your career, you start feeling like you have to guard contacts fiercely and make sure no one is ‘stealing’ your clients,” says Raj Thandhi on The Grinding Stone. “There is also this stereotype that if you don’t have ‘balls of steel’ you won’t make it in PR. It seems like the young women entering the PR world are just mirroring what they see the successful ones before them have done.”

Thandhi said he’s even had potential clients turn him away because he doesn’t seem tough enough to handle their accounts.

With the influx of PR positions thanks to online networking sites such as Twitter, Pinterest, Tumblr and Facebook, more and more women are considering PR as a potential career. After all, a PR person’s job looks glamourous — planning parties, mingling with celebrities, wearing the newest clothes from the best designers.

According to a recent poll, though, the PR Executive job is the 7th most stressful job in the United States. That has many wondering if the seemingly glamourous lifestyle is worth the stress. Do you think it is? And, more importantly, do you have the tenacity and mean girl tendencies the field often requires?