Things That Women Do To Look Good... That Guys Actually Hate

Most women partake in a daily beauty routine that is completely alien to most of their male counterparts. A man can get out of bed a half hour before he he has to leave for work and still be out the door on time (whether he actually 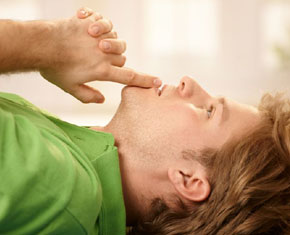 looks remotely presentable is another matter). Women are often envious of this apparent male nonchalance. With the application of makeup, choosing the right outfit and careful styling of their hair to worry about – not necessarily in that order – women certainly seem to put a lot more effort into looking good than men do, generally speaking.

But is it all worth it? Of course we don’t assume that women dress well simply to impress the men – they do it to feel good as well as look good, and to express their innate confidence for all to see. After all, what girl doesn’t like to look her best? But in today’s article we are coming at the issue from a male perspective, so brace yourselves for some, eh… brash opinions. We asked a random selection of men the following question: “What are some of the things that women do to look good, that guys actually hate?” Divided into five distinct categories, here are the results!

This area is certainly a contentious one for a lot of guys. Many stated that they thought piercings were sexy, but hated tattoos, with many saying exactly the opposite too. Similarly, many loved both tattoos and piercings, and a significant portion had an affinity for neither of them. But one thing that most of the men agreed on was their dislike of the lower back tattoo. Since it first became popular over a decade ago, the lower back tattoo has gone on to earn the unenviable name of “the tramp stamp” – suggesting that the tattoo’s owner is a woman of, ahem, “loose morals.”

We say: If you’re happy with your tattoo or piercing, screw what any guy thinks. Regarding lower back tattoos specifically, according to TattooingTips.com, they are “an art of body decoration with the purpose of accenting sexual attractiveness.” We’ll let you make your own minds up on that one.

This one seems counter-intuitive, but makes perfect sense at the same time; men don’t like women who wear overly-revealing clothes. There is an apparent line that a woman can cross in a man’s eyes, one where she goes from being a glamorous goddess to desperate dame. The topic of clothing elicited some of the most controversial comments from the men we questioned. One guy said: “High heels? Sorry, it’s an all-too-obvious wonderbra for your ass.” The nerve! The same guy also had a bit of an eyewear fixation, suggesting that “giant sunglasses make you look like an attention-seeking kid playing dress-up with her mommy’s things.” Somebody needs a little therapy, we think. Another guy also let it be known that he felt women should wear clothes that compliment their body type, though he didn’t put it quite so kindly; “I don’t like when a girl wears super skinny jeans that makes all the fat in her abdomen bulge out,” he said.

We say: Although a lot of the men we spoke too were more than a little arrogant in their opinions, it is understandable that a woman who is dressed badly won’t appeal to them. If you really are wearing scanty outfits just to impress the guys, it’s probably not the best idea if you are looking for anything more than a one night stand. And you should never lower your standards just to impress someone else. But we think that if you genuinely feel good in it, then you should wear it!

We were a little surprised to hear so many guys complaining about hair. How could a woman’s hair possibly promote any ill-feeling in a man? Well, apparently it is possible. One of the guys we spoke to said: “Ridiculous hair styling gets me. Seriously, your hair shouldn’t look like a hat from the royal wedding.” Nasty, eh? Some guys are just a little bit too picky , we’re starting to think. One person, when asked what he disliked in a woman, simply said “short hair.” That’s somewhat of a broad category there buddy!

Of course hair isn’t just found on the head. Yeah, you know where we’re going with this. Well, it’s certainly a much talked about topic among guys, that’s for sure. Most agreed that they liked it short or even completely hairless “down there.” But they were quick to point out that they prefer it to be waxed as opposed to shaved – friction burn can be nasty, or so they say.

We say: Girls, wear your hair whatever way you like it, guys who complain about it aren’t worth your time. As for “down there,” your personal preference should be respected!

The constant effort to “look tan” is a major preoccupation for many women – and a lot of men too from our experience. But we received a lot of negative reaction from guys to the “permatan” look. This applies to those who spend every other hour on a UV bed shriveling themselves to crisp in order to maintain their dried out, unhealthy-looking tans. Even more unappealing however is fake tan, with one guy saying that “huge amounts of fake-tan – when it’s all patchy and streaky – is just plain wrong.”

We say: Too much of anything can be bad, and it’s very important to avoid excessive tanning as it is known that prolonged exposure to UV rays can cause skin cancer. But in moderation we think that a tan can look great, and give you a healthy radiance that pale white skin can’t match.

By far the most common thing guys disliked was girls who wear excessive makeup. A little natural-looking makeup is fine apparently, but when it seems as if it has been shoveled on, that’s a big faux pas for most guys. “I can’t stand women who wear three inches of makeup, false eyelashes, and wear less clothes than they would wear to go to bed,” one guy said, feeling particularly passionate on the subject. Another controversially suggested that “with no distinguishing features, you’re completely forgettable and uninteresting.”

We say: We can’t seem to remember ever seeing anyone wearing three inches of makeup to be honest. If you are a little overzealous in the makeup department, it’s probably not great for your skin, whatever about your appearance!