WHAT: Ice Festival at Central Park

WHY: On Valentine’s Day weekend, celebrate your love of Central Park’s sculptures at our fifth annual free Ice Festival. Witness ice-carving artists from Okamoto Studio use electric chain saws, chisels, and picks to transform more than 6,000 pounds of ice into a glistening replica of one of the Park’s most beloved statues.

As night falls, revel among colorful lights as the Mall becomes a vibrant silent disco with live DJs, all to celebrate Central Park Conservancy’s preservation efforts. 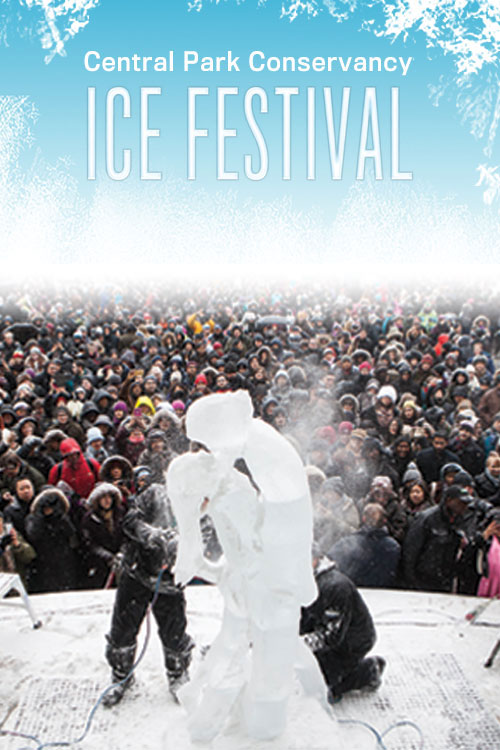 As one of the largest snowstorms to ever hit NYC comes bellowing in with a mighty fury, there’s one thing we can’t help but notice: New Yorkers are having fun with it. Sure, there’s a little bit of panic in the air, as the long, long lines at Whole Foods (pictured) may allude to. But there’s also a spirited sense of excitement and, perhaps, even rekindled youthdom. See for yourself via these tweeted images. 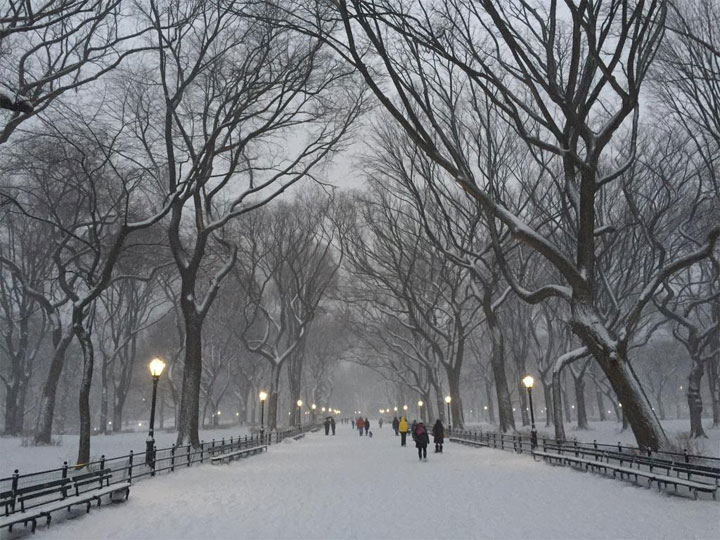 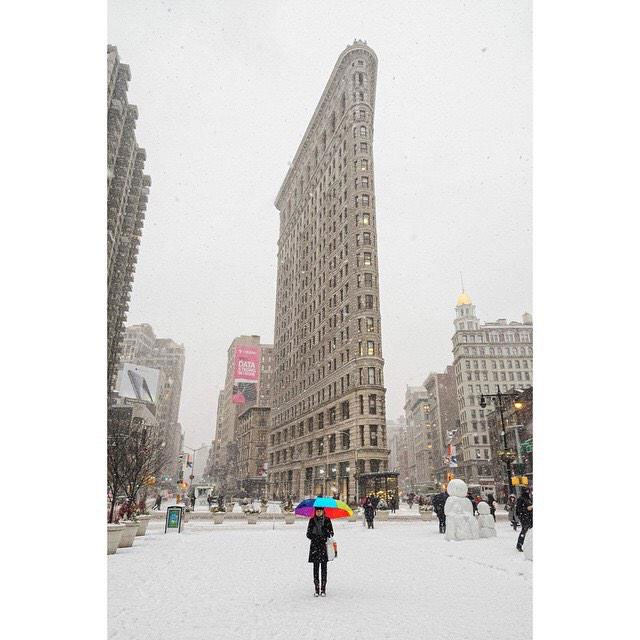 @RapidAndi: “Times Square in the snow with @nicole_rae eating a Cake Pop.” 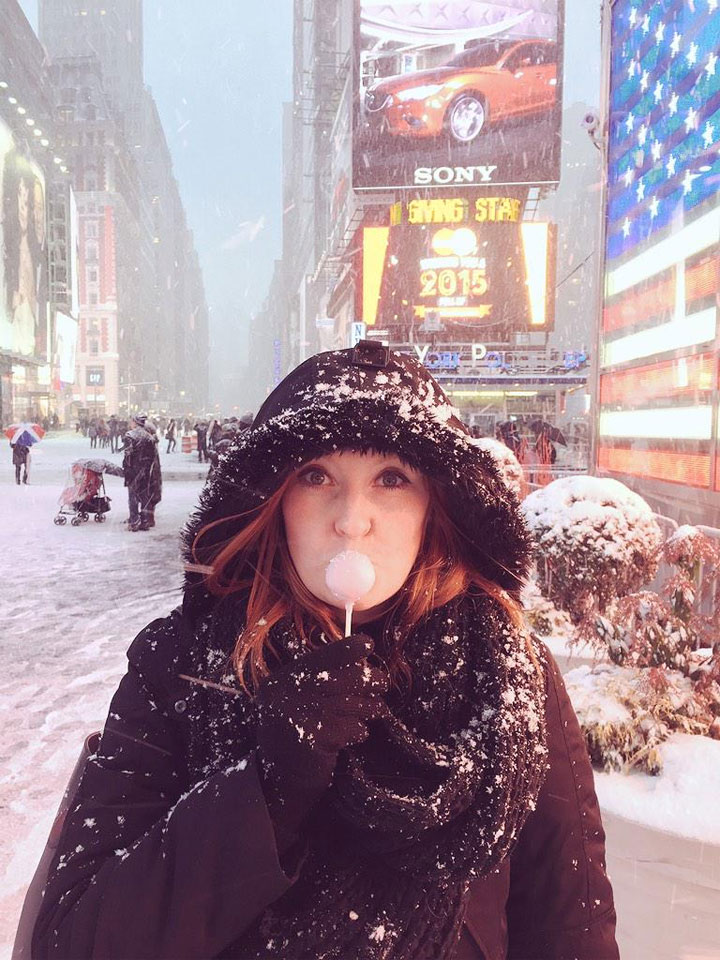 @SalAbbinanti‘s shot of this nearly nude cowboy in the middle of Time Square makes us cold, but kind of warms our hearts. 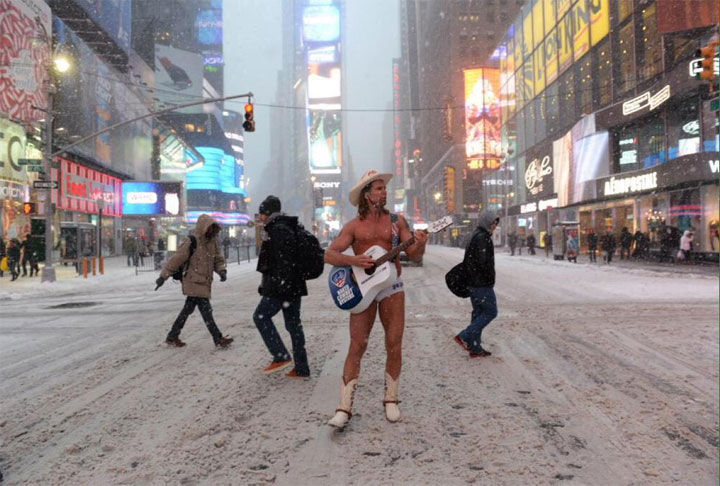 @zahraS: “Even during a snow blizzard New York manages to find a way to cheer up!” 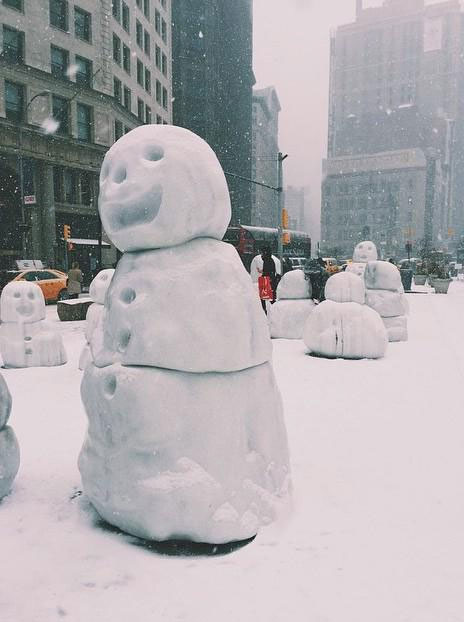 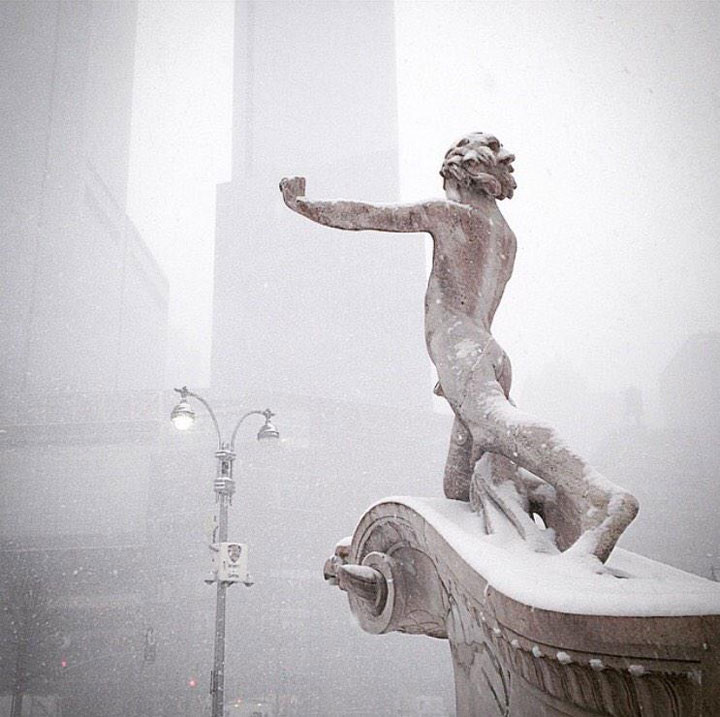 @wisnefski‘s got this eerie photo of an empty 6th avenue — “a strange sight at 5 p.m. on a Monday,” he writes. @FinnHarries: “Bring on the New York snow storm.” One pro for this crazy blizzard: You have a really good reason to break out that fuzzy winter apparel. 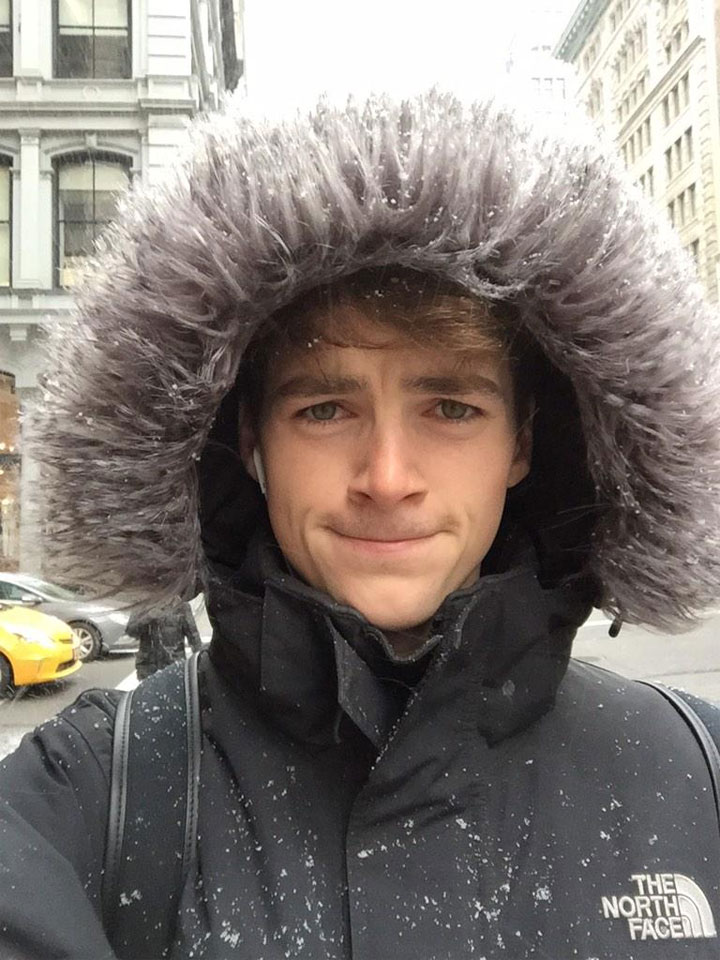 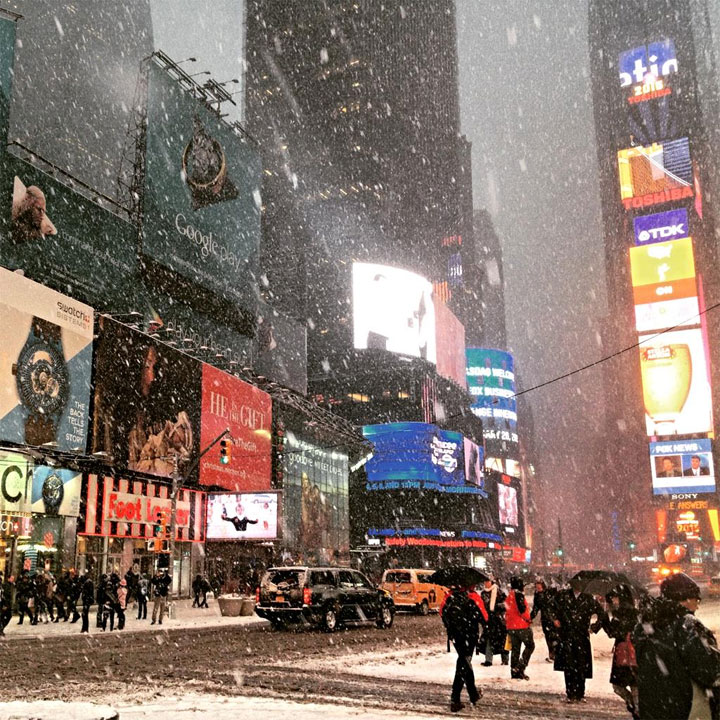 @cubieking snapped this image of a man with an umbrella and a cane. @RowNYC‘s image makes us wonder just how much the snow makes us feel like children again. @BusMinCommunity shared this photograph with a little bit of advice via GrubHub: “Tip your ‘Food Heroes’ well during #Blizzardof2015.” @CarianneHix demonstrates that despite a gnarly blizzard, you can still look fabulous. We’re not sure if that’s a polka-dotted or snowflake-dotted umbrella, but we dig it. @AmandaWills writes, “Lines wrapped around the block at Whole Foods.” The preppers are patting themselves on the back right now. As an Upper East Side Ambassador, I had to report on the blizzard. I don’t know how badly it snowed in other neighborhoods, but I have to tell you, it’s pretty quiet here. It is kind of Christmas and Valentine’s Day in one. Enjoy the pics, and have a great weekend. We should all take the day off tomorrow 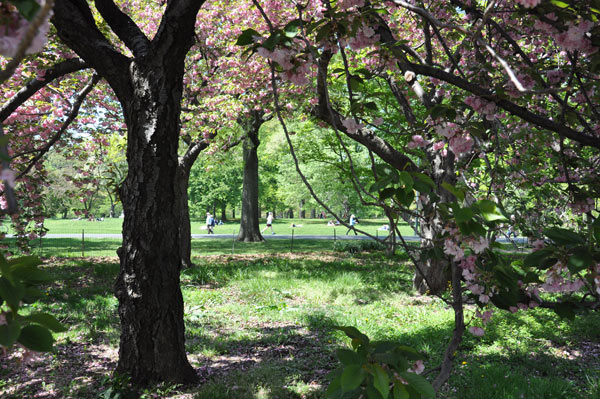