What's the Right Timing for a Relationship? 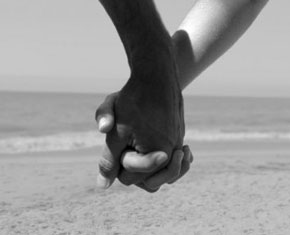 A friend called me the other day to let me know that she’s engaged…to her girlfriend of six months. The next day, another friend told me that she and the man she’s been dating since October are planning a move across the country together. My instinct is to worry about these relationships, but am I being unfair? How soon is too soon?

I strongly suspected my now-husband was the man I wanted to spend my life with early on in our relationship, but I was gun-shy. I quietly freaked out when he suggested moving in a year after we started dating, and I almost had a panic attack on our second anniversary, when he kept rubbing my ring finger. (I was, of course, nothing but delighted when he actually proposed a year later.) For me, waiting seemed like a prudent course of action. I knew I loved him, but I had trouble seeing the rush.

My fast-moving friends would likely call this overly cautious. “When you know,” they say, with eyes gleaming, “you just know.” Maybe so, but what’s the harm of a little time to make sure? The first few months of a relationship should be nothing but love and bliss, but often, that fades quickly within a year. To put it another way: I’ve never spent those first blissful weeks and months of dating someone new thinking we were going to break up and, nine times out of ten, we did. Waiting: there’s nothing wrong with it.

Posted by Leila Cohan-Miccio at 10:13 AM
bargain news , Points of View , Relationships |