The "Cougar" Stereotype: A Guy's Perspective

Since it first became a mainstay of pop-culture terminology a few years ago, I’ve struggled to understand the whole “cougar” thing. Well, I say I’ve struggled to understand it, but at the same time I understand it completely, if that makes any sense. Because it seems to me it is rooted in an inherent social misogyny, but aren’t we supposed to be moving forward and leaving all that stuff behind, not perpetuating it in the popular media and beyond? 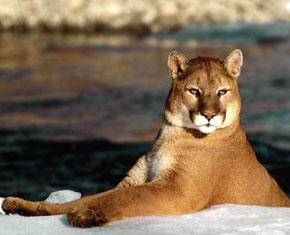 The inequalities that still exist between men and women are sometimes so glaring that it’s hard to believe we’re living in 2011 and not 1911. The societal double standards are barefaced and at times laughable. Pertaining to the cougar example, why are older women stereotyped as predatory for seeking relationships with younger men, but when an older man goes after a younger girl, the girl is depicted as a gold digger while the man is presented as someone simply trying to make the most of his twilight years?

I asked a number of people how they felt about this issue, because it seems a little bizarre to me that there isn’t much feminist uproar about it. In fact the cougar moniker seems to be embraced by many women, becoming some kind of twisted symbol of female empowerment.

As one girl I asked suggests, there’s even a gender-based disparity in the very definition of the word “older.” “Why does a woman become “older” in her forties and a man doesn’t until he’s nearly sixty?” she asks. This point can be highlighted in numerous cultural examples.

Take the Ashton Kutcher Demi Moore situation for instance. She’s forty-eight and he’s thirty-three, so there’s a fifteen-year age gap – but the media portrays it as if she’s twice his age. Now lets take the recently-ended relationship of George Clooney and Elisabetta Canalis – he was eighteen years her senior and no one batted an eye-lid! And don’t get me started on Hugh Hefner. I mean, he’s just an old pervert, why all the hero worship?

Of course, despite the media portrayal, not everyone sees things this way. Some think that older people shouldn’t date the younger regardless of gender. One guy who I questioned said:

Another guy told me that I had it all wrong, and in fact the situation was the opposite of how I see it. “I’ve never heard of the stereotype being that older women are predatory; it’s often younger men talking the so-called cougars up,” he said. “The older guys on the other hand are usually denigrated and portrayed as being creepy or predatory.”

But regardless of how you view the matter, I think we should stop treating the roles of men and women differently, especially when it’s based on age. Sure, you can think that older people are “predatory” when they consistently take on younger partners, but this view should apply equally to both men and women. So, if we’re stuck with the word cougar for the time being, maybe it’s time to start labelling older Romeos as panthers, no?

Posted by Staff Writer at 08:27 AM
bargain news , Points of View , Relationships |