The BG Follies of 2012 Bergdorf Goodman’s windows are undoubtedly a sight to behold. They’re a revival of the Art Deco era; displays inspired by various entertainment of years gone by, including the Ziegfeld Follies, Vaudeville revues and Busby Berkeley’s Hollywood ’30s musicals. There are five main acts.

Act I is a black and white homage to Marilyn Monroe in Some Like it Hot, Act II is a tribute to burlesque performer Sally Rand and Act III showcases a collection of mid-century miniature American mannequins a la the 1920s Ziegfeld Follies. Act IV features a runway look from Sarah Burton for Alexander McQueen and highlights 24 plaster dogs performing every trick under the sun. 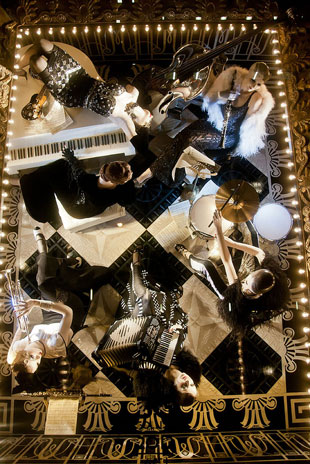 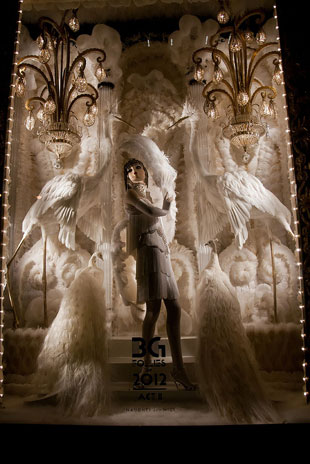 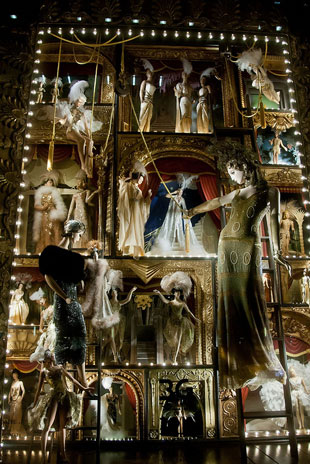 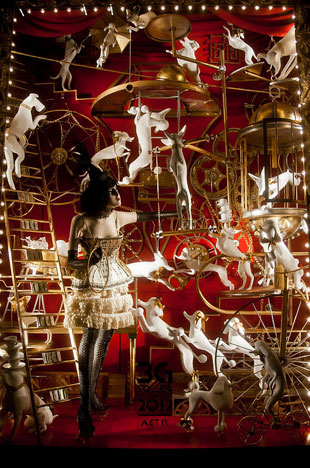 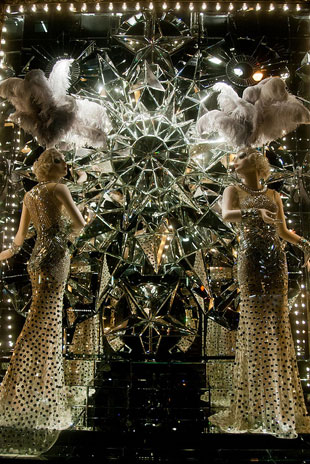 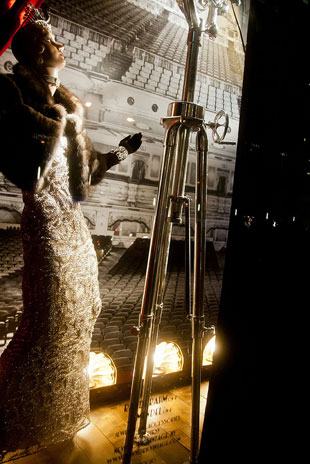 Arguably the most impressive, though, is Act V. It’s the result of an idea that, according to BG, has been brewing for the past year: a giant mirrored, rotating kaleidoscope. Approximately 1000 individually beveled mirrors were used to create the window, which is an homage to Busby Berkeley’s overhead kaleidoscopic camera shot seen in Footlight Parade.

The Stylish City decided to check out these gorgeous windows in person. Sure enough, the holiday windows were nothing short of spectacular. In fact, they were enough to lure us right inside to check on merchandise for potential holiday gifts. 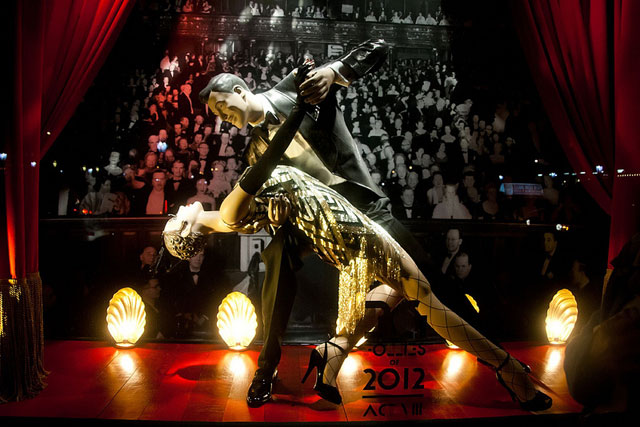 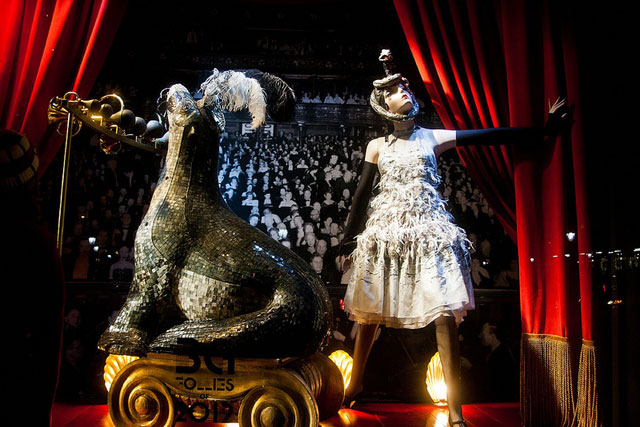 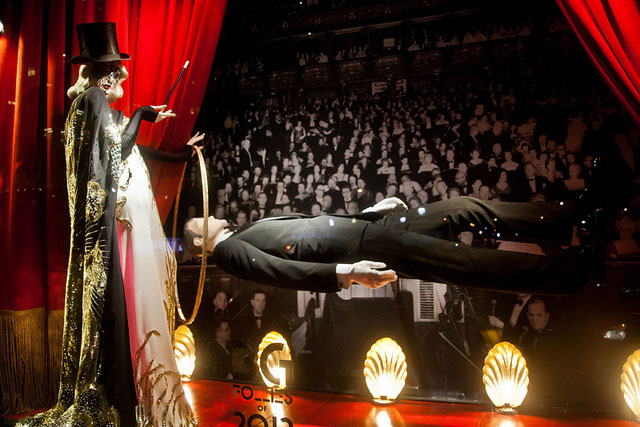 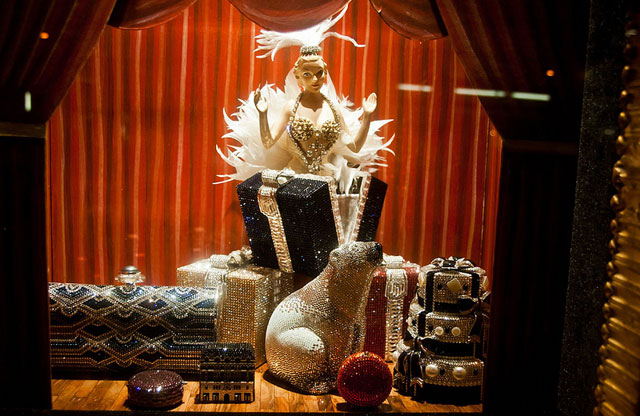 While the windows were breathtaking, finding a gift that was affordable was a difficult feat. In fact, we had trouble finding something under $1000. Confident and determined, we asked a sales woman on the first floor jewelry to direct us to something appropriate for a gift guide we were working on.

To our chagrin, the sales person gently brushed us off and suggested we talk to BG’s PR reps about that topic. However, she did inadvertently hint that any gift we’d include in our guide from the store would likely be accompanied by no less than a $500 price tag. I think my wallet just groaned.

In the end, we’d have to say that shoppers will find more affordable options on the cosmetic floor of the store. There are a few gift sets that’d make lovely presents this holiday season. All in all, though, our best advice is this: Soak up the beautiful (stunning, really) windows, but move right along to Henri Bendel where gifts abound. 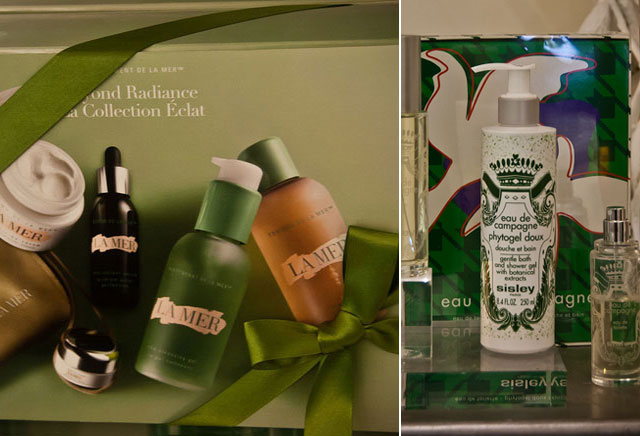 It’s important to note that we do adore BG, especially as they’ve undergone some major transformations over the past few years. However, it’s not the most appropriate place to do your holiday shopping.

Posted by Wendy Rose Gould at 06:00 AM
bargain news , In the Neighborhood , Opinions , SHOPPING , Stores , STYLE |

Related Posts:
Here's a list of 50 NYC Restaurants You Have to Try
The Mink in the Thrift Store: Our Sheepish Relationship With Fur Coats
Have You Found Any Of The USB Drives Placed Around The City?
9 Snarky Valentine's Day Goods to Make You Guffaw