Undecorate - Give your home more personality

We first came across the term “undecorate” in an article in London’s Independent earlier this week. When we spied the headline, the term itself conjured up images of minimalism and cold steel furnishings, a look we’re not particularly fond of. But apparently it’s not about that at all. 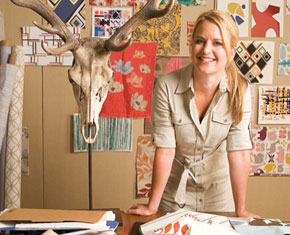 Undecorating is the latest trend in the world of interior design, and it isn’t about stripping your home’s decor down to the bare minimum, but in fact encourages you to let loose and imprint your own personality on your living space.

The popularity of undecorating has soared in response to the sterile designs that have been dominating mainstream home decor over recent years. For undecorating’s advocates, the dull tendency of many to copy what they see in magazines or decorate their house “like a showhome or a stylized photographic still” is seen as the root of all that is wrong with personal decor today.

In fact that’s just the problem, it isn’t seen as personal at all, it’s just generic and uninspired. Where as if you undecorate, you will get back to root of what design should be about – creating something that is truly personalized and individually significant.

Though we heard about it in a British newspaper, the undecorating trend started out in good old Soho, NYC. Shame on us for not hearing about it sooner! Textile designer Christiane Lemieux, founder and creative director of US home furnishings store DwellStudio, is at the head of the undecorating movement and her design ethos is one based around the rule that, in fact, there are no rules.

She has written that “undecorated is following your instinct, even when it’s telling you to do something a little crazy, a little different, something against the rules. It’s an approach that has nothing to do with trends and it has nothing to do with the rules. So you can have a period dining room adjacent to your modern kitchen, if that’s what you want, or wallpaper on the ceiling. Stranger things have been done.”

Many people might think that her call to go a little crazy with your decorating style is just an example of lazy, messy design, but she insists that it goes deeper than that. Crucially she says it isn’t “haphazard style; it’s not thought-free.”

Lemieux lives in a loft apartment in Soho with her husband and two children. The apartment is mainly white with big, squashy sofas and floorboards salvaged from an industrial building.

“I would call my home ‘evolving minimal’,” she says. “I have two kids and a dog – they are at different stages every couple of years and I just go with that.”

The experimental style of the undecorators is starting to gain a foothold in both the US and Britain. There are a number of examples of the style that have caught the public imagination, such as “a simple, elegant beach house in New York, a rambling old renovation project in Louisiana now stuffed with flea market, cottage-style finds, and an artist’s California house complete with a giant paper-mache bear watching over the sofa in the studio,” as the Independent reports.

If you have a family and feel like this is all going way over your head, undecorating has been applied to modern family homes too, where it has been said that “the presence of young children doesn’t prohibit laying down white carpets and the odd stain or two doesn’t matter.”

If you think undecorating is for you, or are just curious to learn more, check out the original article here.

Also watch out for the book Undecorate: The No Rules Approach to Interior Design by Christiane Lemieux, out now.

Related Posts:
You have to sit for this one - The Jonathan Adler sample sale review
7 Space-Saving Beauty Battle Stations You Can Fit in Your NYC Apartment