…or not. My friend recently advised that after three months in a relationship, you are either in love or moving on. I furrowed my recently threaded brows and sat down. “Really?” I asked, terrified by the definitive time restriction. “Of course,” she replied adamantly and handed me a mimosa. “After three months,you know.” 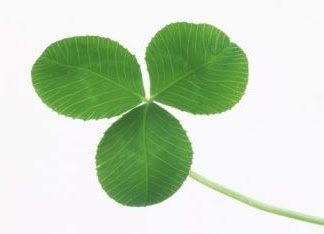 Well this is not good news for dilemma-prone me because I was approaching three months in my current relationship yet still typing away about various boy toys and how spring unleashes our inner rebellious teenager.  A couple mimosas later, I had the brilliant idea to recount my past relationships and where exactly they were at the decisive three month mark. With my most serious relationship, we were not yet in love. We were still getting to know each other. Coupled with the fact that we were on opposite ends of Northern America and cell phones and airplanes were keeping us together, our relationship progressed slowly. Does the three month mark uphold in long distance? No. Conclusion: #1 does not count. DQ. Moving on. My second serious boyfriend, who we’ll call #2, was a different story. After three months we were head over heels in love, accomplished meet the parents and engrossed in a seemingly infinite honeymoon phase. But truth be told, it could have been a sickening defense mechanism to mask the fact that I never dealt with the break-up with #1. Plus, #2 had fidelity issues. Conclusion: #2 was an emotionally immature relationship and therefore is also DQ. Next.

#3 was crazy, but before I knew he was crazy we fell in love about two months in. I really loved him, but he was a basket case and we fought every hour of everyday. I still have a soft spot for him, so I’ll say that #3 is a yes. Yes, I knew within three months that we were in love. Then there was #4. Poor, poor #4. All the tea in China, um excuse me, all the diamonds in Antwerp couldn’t get me to fall in love with him. As charming and sophisticated and smart and caring as this fellow was, something was amiss. I tried and concentrated and tried and concentrated, but I’m no Hermione and couldn’t muster event a faint excuse for a spark. Three months in and too wimpy to break it off, I proceeded to act rude until he didn’t care to see me anymore. I would like to think it unconscious viciousness, but unfortunately, it was quite intentional. Conclusion: #4 is no…but yes for purposes of this query. Yes I knew that I wasn’t in love with him by month number three. It’s a tie.
Then this morning I had a brilliant and obvious thought: Maybe there are people who really don’t know after three months. Unfortunately this thought was immediately contradicted by the sad truth that I don’t go to that camp. My examples were lame, and even if I hadn’t downright declared my love to #1, after three months, I knew. I always know. So if I don’t, then answer is likely “No.” Now I’m struggling to decide that if falling in love is so great, why would you stay in a loveless relationship past three months? And yes, falling in love is that great. At least that is one thing I am sure of.

Posted by Emma Dinzebach at 07:23 AM
bargain news , Points of View , Relationships , STYLE/BEAUTY |