The 2012 Mercedes Benz New York Fashion Week came and went as quickly as the summer months. Floral prints, pattern pops, 1920’s inspirations, and exposed skin served as a welcoming party to chillier mornings and shorter nights. It all came in the knick of time, allowing for longer parties to creep into the early morning hours as the island of Manhattan rumbled in celebration of all things fashion. The Stylish City kept up on the up and up by taking notes and keeping tabs on runway trends and societal improvements, in the eye of the blogger that is.

One major trend that has made a comfortable home in Spring Fashion is floral prints. Reinventing the standard, this year many designers strayed away from normalcy and put their own twist on the reappearing trend, such as Elie Tahari, who wow-ed with tropical flowers and palm leaves, while Nicole Miller muted her rocker glam with a touch of floral print, and Tracy Reese pleased audiences with an orange and turquoise floral jacquard clutch coat. 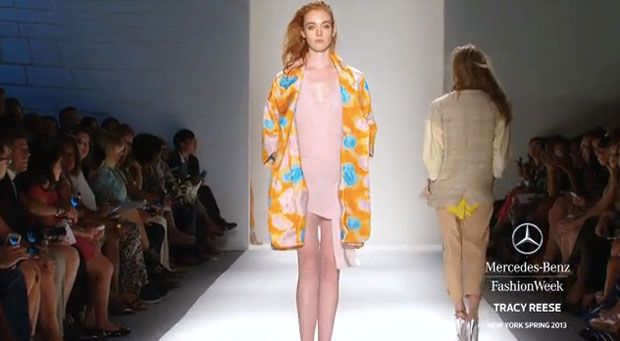 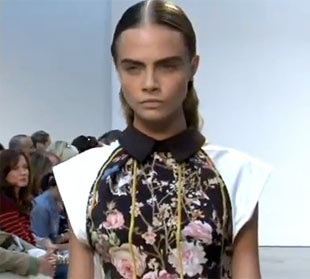 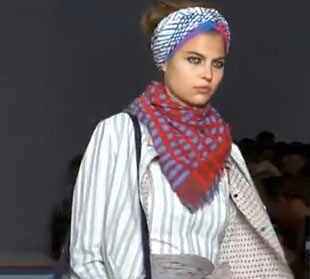 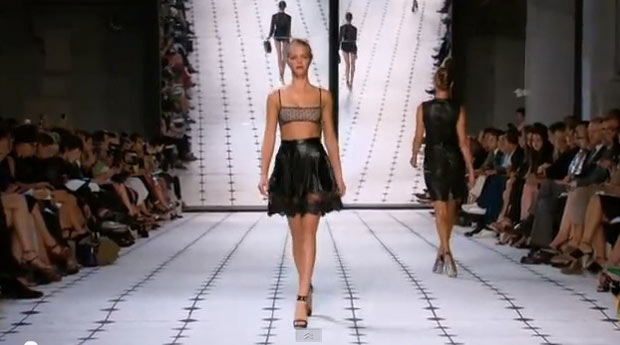 Exposed skin by way of unusual cuts also made an appearance during various shows. Marc Jacobs brought back midriff exposing crop tops, while Rag & Bone utilized strategic cut outs, and Victoria Beckham featured bra-style tops. On a more conservative note, the 1920’s were brought back by Dennis Basso’s use of fringe and Phillip Lim’s proclamation that his line was inspired by the “altered views” of the 20’s Dadaists. 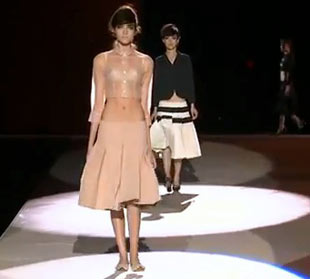 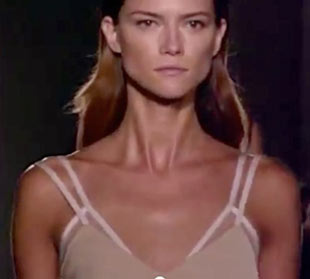 The definition of celebrity has been expanded upon, thanks to this year’s Fashion Week. Top athletes such as Ryan Lochte, Kris Humphries, Maria Sharapova, Dwayne Wade, and David Beckham took over the front rows of various fashion shows, keeping the seats warm perhaps for those celebs who took designing upon themselves this year. Katie Holmes, a front row-sitting veteran, unveiled her new line Holmes & Yang – opening to great reviews — while other fashion loving celebs Victoria Beckham, Gwen Stefanie, Whitney Port, the Olsen Twins, Nicole Richie, and Rachel Zoe, showed off their spring lines during separate showings.

Apart from the athletes, another new celebrity of sort has taken its claim on Fashion Week. The fashion blogger, or “digital publishers” as they (we) like to be referred to as has been paid extra attention to this year, claiming their seat at various shows and events. Said fashion bloggers provide their audience with a constant stream of updates on what’s going on in the tents and on the streets, in addition to constant reports on the hottest trends straight from the runway as they live Tweet from their seats. Rather than waiting to read Sunday Styles section, fashion lovers stay loyal to their favorite fashion blogs and agree with the “hot and not’s” bloggers provide them with. The Internet community has their own direct line to New York Fashion Week through these popular websites. In turn, the blogger’s audience becomes the designer’s consumer, which brands have caught on to this year. Popular fashion bloggers — excuse me “digital publishers” — are now invited to shows and receive VIP treatment, free gifts, and front row seats, in hopes they will post a good review later that evening (or right there and then). With all the attention now on the digital publisher, they even steal the spotlight on street style blogs, as they show off their fierce outfits. Watch out Wintour.

While we’ll have to wait a few more months to get our hands on the new spring trends, we’ll still have the inundation of photo snaps and reports on Mercedes Benz New York Fashion Week to sift through in the interim, providing us plenty of time to see if the floral trends, exposing cut outs, and pattern pops are right for us. All thanks to the digital publisher that is.