The Right Way to Spend Your St. Patrick’s Day Weekend

Top of the mornin’ to ya! Get your green on this weekend and try not to beat up your liver too badly, ah to heck with that, drink as you please, it’s St. Patrick’s Day! Don’t forget to stop along your merry way for a bite or two to eat in between rounds of green beer, you have to soak up all that alcohol somehow. Below is a comprehensive list of suggestions on how to spend your green weekend, you’ll need something clear to understand after all that lager.

In order to be fully accepted on St. Patrick’s Day, you must wear a green ensemble, anything less is frowned upon. Saturday the 17th is one of the few, or perhaps only, day where donning a green feather boa in daylight is acceptable. Be sure to stop by obnoxious areas such as Times Square in order to stock up on quirky tee shirts and cheap and silly costume wear. Or create funky green highlights in your hair using temporary die products such as Streekers.

To maintain your chic reputation, visit Refinery 29 for a fashionable tutorial on How To Wear Green On St. Patrick’s Day.

The Main Event: The Pub Crawl 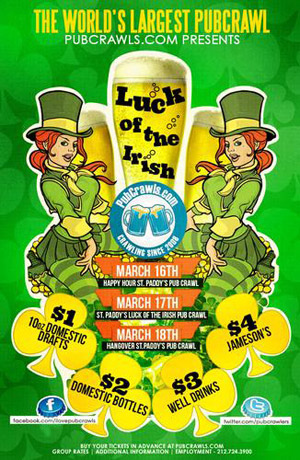 If you’re in it to win it, then you can’t look anywhere else than the largest, Guinness Book Record holding, St. Paddy’s Pub Crawl. Kicking off Friday at 5pm with an after work Happy Hour, this drinking madness lasts up until Sunday. The 3-Day Pass will run you $40 and get you in to all the bars participating without having to pay a cover. For the full schedule and single bar passes visit here. Don’t expect a seat at any of the participating bars, but do expect to enjoy $1 draft beers.

It’s not St. Patrick’s Day without some traditional Irish fare. If you wake up on Saturday and are immediately ready to party, head over to the Village Pourhouse on Third Ave for some Kegs n’ Eggs. From 8AM-Noon they’ll be serving up a Green Breakfast Buffet, with green eggs, green bagels, green pancakes and lucky charms. Oh yeah, and a mug will get you refillable green beer.

Not up to partying until later? No problem. Have a relaxing meal to kick of your day at Todd English’s The Plaza Food Hall. He’ll be cooking up a Corned Beef Sandwich with tangy picked cabbage, gruyere cheese and creamy thousand island dressing on soft marble rye. Potatoes are not forgotten here, he’ll also be dishing out malt vinegar kettle chips and potato leek soup with truffle potato sticks. Geeze, okay, yes, you can still drink here too. They’ll be pouring O’Hara’s Irish Stout straight from Carlow as well as Celtic Ale. 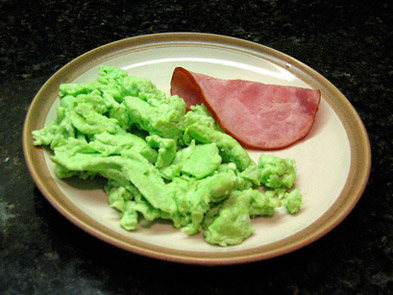 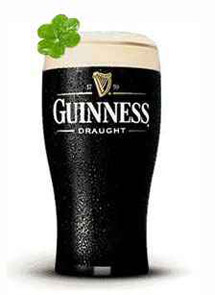 Many choose to skip the parade and instead follow the route, popping in to bars along the way for deals and pub crawls. Before beginning your Saturday instillation of the St. Paddy’s Day Pub Crawl, do yourself a favor and stake out a spot for the parade. From 11AM-5PM over 2 million will pile along 5th Avenue from 44th Street to 86th Street to cheer on our veterans as well as the NYPD and FDNY. Tip to those with a firefighter fetish, you’ll be provided with an overwhelming share of eye candy. 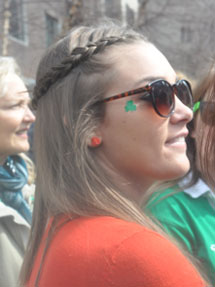 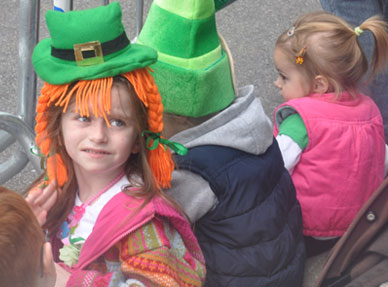 Still haven’t had enough? Head down to the Knitting Factory for some good ol’ Irish music as you continue to sip your stout. Bar band favorite Black 47 (their name is a nod to the 1847 potato famine) will be playing a long set of Celtic folk, rock, rap and reggae

Sunday is all about the recovery. For a day of wholesome good fun, head over to the Irish Arts Center for an exhibit of oil paintings depicting breathtaking scenes of Ireland’s countryside and a day of fun for kids and adults during the Annual St. Patrick’s Open Day from Noon-5PM.

Blimey! Make sure you get in a good night’s sleep before work Monday morning, you’ll be exhausted after all of this partying, but a yawn or two will prove you had a great time. I just hope your skin isn’t temporarily green for the next few days after having ingested all of that green food dye, your boss may not approve.

Bleecker Street is perhaps one of the few areas of New York City where the restaurant genre is limited to one specific style of cuisine. Renowned primarily for its Italian eateries and pizza joints, Bleecker makes no apologies for what some passersby might call a “limited” selection. Narrowing it down to the three best pizzerias is much like Sophie’s Choice for any pizza enthusiast, but if you want to sift through the sea of infinite dough, the following establishments are the unequivocal pizza powerhouses.

The obvious choice for any first-timer on Bleecker is John’s Pizzeria (located at 278 Bleecker Street). The no frills appearance of the restaurant could have something to do with the fact that the pizza speaks for itself, or maybe the fact that its walls have been standing since 1929. Either way, this pizza is sure to delight without breaking the bank. The most delectable pie combination comes in the form of pepperoni with sausage, tomatoes, and extra cheese (your pulmonary muscles may not thank you, but your taste buds will).

Roma Pizza (located at 259 Bleecker Street) is yet another one of many charming pizzerias with ambrosial toppings and combinations in the West Village area of Bleecker. What makes Roma Pizza stand apart from other competitors on this street is its “96 hours” philosophy, meaning the pizza makers let the dough rise for ninety-six hours before baking it in the oven. This gives the pizza a lighter air and is actually healthier because of how much easier it is to digest. Another notable fact about Roma Pizza is its location in what was formerly the legendary New York institution, Zito’s Bakery. Preserving the neighborhood feel that shopowner Anthony Zito perfected, Roma Pizza is a welcome addition to the increasingly corporate look of Bleecker Street.

The final contender in this trifecta of perfect pizza is Keste Pizza and Vino (located at 271 Bleecker Street). More upscale and expensive than Roma Pizza and John’s Pizzeria, Keste is consistently ranked as one of the best pizzas in New York, and has several gluten-free options, like the margherita, in addition to the customary flour-laden dough. One of the more expensive pizza restaurants on Bleecker, Keste’s menu features mouthwatering prospects that include the Pizza del Papa (butternut squash cream, smoked mozzarella, yellow peppers, and tomatoes), the Keste (bufala mozzarella, prosciutto di parma, tomatoes, gran cru, arugula, and olive oil), and the Salsiccia e Friarielli (Italian sausage, smoked mozzarella, and olive oil). For anyone crazy enough to pass up this pizza paradise, Keste also has an assortment of salad selections.

And so, to use a pizza metaphor, you can cut straight through the dough by attending one of the abovementioned pizzerias, as they are the most effective dining experiences for guaranteeing you’re getting one of the best slices on the Bleecker block—and in New York.