Fatty Crab for a Skinny Wallet

Hands down the best Malaysian-style food outside of, um...Malaysia?

Revved for a good dinner but low on cash surprisingly led me to one of New York’s most delicious neighborhoods, the West Village, where I met two beautiful friends at Fatty Crab.  Fatty Crab is pretty much a New York City institution – for those who know about it – and the hands down best Malaysian-style crab outside of, um.. Malaysia? Not that I would actually know. But I do know quite a bit about Fatty Crab! So I’ve sifted through my wealth of New York City restaurant knowledge and pulled out three things you should know before you go.

1) It’s called Fatty Crab because you should order the crab.

2) They call it a “joint” as opposed to a restaurant.

3) Chef Zak Pelaccio’s been doin’ Asian since, well, I don’t really know when actually. But he def worked at the now defunct Chickenbone Cafe in the BK before working at 5 Ninth, which I almost all together ignore not because I can find anything wrong with their Cuban sandy but because I don’t so much do those Meatpacking places. But we heart him because he then opened Fatty Crab, which as since expanded to Fatty Crab UWS. Not that I’ll visit the latter locale any time soon. You know how I feel about dining above 23rd Street. (With Per Se and Tao as obvious exceptions. And stop snickering, Tao has the best desserts ever.) 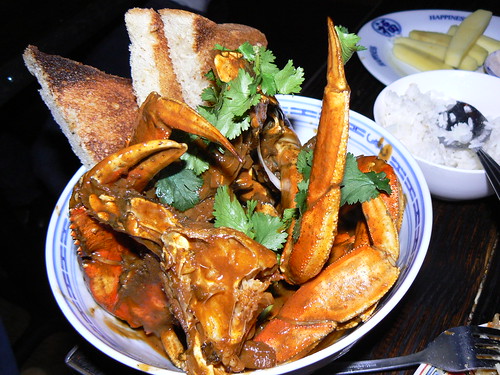 Onto the food. My friend outright scolds Pelaccio for having thus far failed to bottle and sell the BBQesque sauce that smothers the crab. It is literally so good I can’t even find the words to describe it – tangy, thick but light and succulent. The sauce tastes delicious with the coconut rice. The beef/pork sliders surprisingly do not taste like your average slider and come with a pickle, lettuce and sweet yummy bun. The mango salad is spicy, peanuty shredded greatness, if a little standard. I also recommend the pork buns, which are moist with the perfect amount of pork/bun ratio. Our food bill came to around $80 total for three ladies, and we had more than enough food. If you are really watching your dollas, order PBR. Our alcohol total was $90 – more than our food!, but we had champagne because, like I said, we’re ladies.
The atmosphere is key. Everyone is lively, patient and there for the food. No reservations in the village location, so have a cocktail to start and then beer with your meal. They serve Rogue Fatty Crab Sidestepper Ale on draft, and it’s perfect with the crab.

Last Saturday there was a queue 200 people long at the Shake Shack in Madison Square Park. Like the queue on their website, Saturday’s line snaked out of the park and down 23rd street on the park’s south end. Notorious for brutal lines, Shake Shack did add a “Shack Cam” to their website so you can view the horrendous line. The tag line reads “Save Time, Check the Line,” but I’m not really sure if that saves time or just deters people from going at all. Lucky for line haters, the wonderful Shake Shack expanded to Upper West Side.
Note: For those of you living underneath a rock, Shake Shack is Danny Meyer’s pet project, fast food stand that opened in Madison Square Park (right near his beloved Tabla and 11 Madison) in the steamy summer of 2003. Shake Shack salutes Meyer’s St. Louis heritage by using frozen custard rather than ice cream for their sundaes and shakes and grilling thin burgers that mimic places in St. Louis like Steak ‘n Shake and Carl’s Drive In. They also have portobello and chicken burgers, hotdogs and Pooch-Inis for you for your four legged friend.

For loyal Shackers, here’s some new news that you might already know. It might be quicker to take the subway to the Upper West Side and wait in their, always shorter, queue. In fact, it is. On Saturday afternoon when my brother and I saw the 200 person line, I hopped on the subway UWS bound to see if I could beat him. I ordered to take away and had a nice little chat with fellow patron Blake DiMarco about the whole Shake Shack expansion experience. She said, and I quote “With their pillow like potato bun and fresh ingredients, ShackBurgers do not disappoint.” Then she went on to say that the UWS staff are friendlier – probably because they don’t have to deal with sweaty, tired line-waiters. Upon her suggestion, I ended up also getting a caramel frozen custard concrete with almonds, brownie bites and other health food accessories. It was well worth the belly ache.

Then I hopped back on the subway to meet my brother, hoping our perfect timing would allow us to eat together. Um, not the case. He was still at least seven people from ordering. Moral of the food reviewer’s story: Shake Shack is so delicious that I took two subway rides to get my fix. So go on…shack up.
Note: Met’s fans can shack up at the new Shake Shack Citifield!

Cancer is something I think we have all become a bit too familiar with. Whether it be a close friend, coworker, family member or a beloved pet it’s safe to say we all would love to see the day that we can officially kick that cancer to the curb, once and for all! The leader of fighting the fight, the America Cancer Society (ACS), holds several fundraisers throughout the year that raise awareness and money to further their extensive research.  If you’re looking to get involved but don’t know where to begin, this is the perfect opportunity for you and your 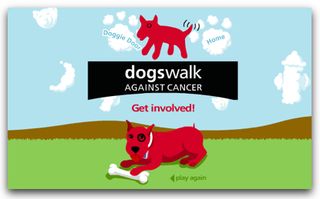 pooch to give back to this great big juicy red apple that we all love so much and support the fight against cancer.

This Sunday, May 3rd, at 9:00 a.m.  the ACS will be hosting the 18th annual Dogswalk at Riverside park on 107th and Riverside Drive.  Here you and your philanthropy loving pooches can put your best paw forward as you walk to help raise awareness and most importantly funds.  Now, if there is one thing I know my fellow New Yorkers are known for its fundraising…and I mean fundraising in a huge way.  Go big or go home right? The walk-a-thon is just $35.00 to register you and your dog and is less than a mile (approximately equal the distance from Saks to Bergdorfs, roundtrip), but your participation and support will last well beyond the short distance walked. 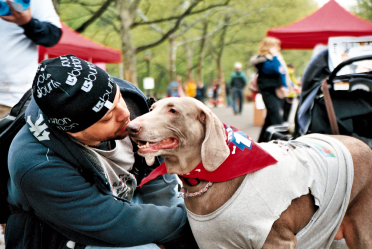 For more information on the event details, and how you can help fight human and animal cancers go to:

We apologize, but the event you are trying to access is no longer active. Please feel free to search for another event below. If you cannot find an event in your area, or have any questions, please contact us at 1-800-227-2345.