When Life Hands You Curveballs, Clean Up Your Space (Literally) 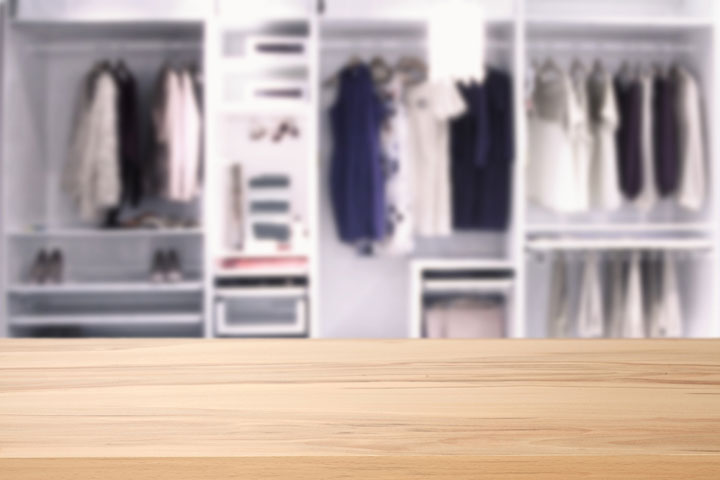 Life can get messy sometimes. Really messy. That dream job you interviewed for may not have panned out, you may feel like you’re barely afloat where finances are concerned, your friendships could be in serious need of resuscitation, your family may be driving you berserk, and your relationship with your SO–once seemingly indestructible–could be falling apart at a rate faster than you can patch it up. Let’s all just let out a collective, heavy sigh for the ongoing disequilibrium life delivers on the regular.

The truth is that you won’t likely find a quick fix to some of the more difficult curveballs hurled your way. Ultimately, you’ve got to get right to the source of the matter and work it out like you would a knot in your back. That takes time, of course, but there are things you can do meanwhile that can actually improve your overall sense of happiness and inner serenity. And no, we’re not talking about a shopping spree or pedicure (which, OK, may temporarily placate you).

Tidying Up Your Space, Literally

Even if you’ve convinced yourself that you’re able to live amidst clutter — that you even thrive in the chaos — you’ll still benefit from cleaning up your space. And by space, we mean every physical area in which you spend any time at all. That includes your office cubicle, your car (should you own one), and, of course, your home.

Tiny NYC apartments are particularly susceptible to clutter, especially if you’ve got roommates and especially if you’re busy, which is likely the case. Think about the clutter in those spaces. Maybe it’s dog hair, cat hair, dirty dishes, disheveled laundry (both clean and dirty) piled on the floor and furniture, last week’s leftovers in the fridge collecting mold, mail you’ve been meaning to open for weeks, clogged shower drains, wet and musty towels, bedsheets that haven’t been washed in ages, spider guts smeared against the wall that you failed to clean up post-freakout, dresser drawers full of makeup or notes or junk… you get the picture. Doesn’t the thought of it all overwhelm you? Living in it may be affecting you more than you realize, even if you’ve only got a few of the aforementioned dirties to deal with.

Turns out, unkempt quarters and accumulating clutter can negatively impact you. The solution, then, it seems, is to remove it from your life. You may not be able to take full control over your career forecast or friendships at this point, but you can certainly take control of the tangible clutter you’re dealing with.

Gretchen Rubin, author of “The Happiness Project” and “Happier at Home” — both instant New York Times bestsellers — says that even the smallest adjustments or actions can made a difference in your mood. For example, making the bed, reducing excess of anything (cups, vases, shirts, shoes, ketchup packets), and clearing even one shelf or organizing one drawer are all ways you can increase your overall happiness.

If you’re unsure of where to start, especially if you want to tidy your home from bathroom to entryway, The Life-Changing Magic of Tidying Up: The Japanese Art of Decluttering and Organizing, is a good go-to. It’s another best selling book, this one by Japanese cleaning consultant Marie Kondo. It “takes tidying to a whole new level, promising that if you properly simplify and organize your home once, you’ll never have to do it again.”

Purge Your Belongings, Lift the Weight

Don’t just stop at tidying, either. Purge, baby, purge. Even if you consider yourself a sentimentalist, a wee hoarder, a collector, just try to cast aside that, “What if I need it?” mentality and let go.

A good rule of thumb is that if you haven’t used or worn something in six months, and you don’t see yourself doing so in the next six months, toss it in the donate bin. It may be hard to part with items you’ve been sitting on (perhaps literally) for years, but getting rid of them can be incredibly satisfying in the end.

As a personal aside, I’ll tell you that whenever I’m going through a particularly difficult issue or major life change, which seems to come about once every couple of years, I’ll seriously purge. The process feels like an emotional cleansing of my soul, allowing me to start anew. I literally feel a weight lifted off of me. When my space is clean, when I’ve dropped off that bag at the local thrift store, and when I come back home and sit in a clean, less densely-decorated and stuffed room, I feel accomplished and, somehow, freer.

And a bonus you may not consider: There’s money to be made on those items collecting dust. Maybe it’s an old cell phone that’s worth a Benjamin or two, or it’s a pile of clothing you could send off to a website such as ThredUp, Tradesy, eBay or PoshMark, or maybe you could list an item or two on Craigslist or a selling app, such as OfferUp, Close5 or Gone.