Tonight marks the ultimate evening of celebrity fashion: The Oscars! For fashion mavens, we’ll tune in beginning at 6:30PM to gawk at our favorite fabulous actresses as they strut their stuff down the red carpet and spill their carefully selected designers to Ryan Seacrest. Don’t forget to jot down your favorite looks of the night and be sure to keep your eyes peeled for the designer’s respective sample sales in the coming months, perhaps you can find a similar steal! This week, the sample sale lineup continues to remain thin, but that allows us to focus our attention on what is offered.

And the nominees are…

This Monday, allot shopping time to re-visit some of this past month’s best sales to check in for additional discounts and stock. Be sure to first stop at the What Goes Around Comes Around Sample Sale on Astor Place. This sale is receiving rave reviews as this pop-up warehouse of sorts is coming to a close, therefor liquidating its stock. Within this massive shop you’ll find fabulous vintage for under $30, with prices as low as $5. Prices are expected to drop as their March 7th finale creeps closer. A true bargain considering the hefty prices the What Goes Around Comes Around boutique in SoHo offers.

After indulging in vintage clothing downtown, head up a few blocks to 19th Street to the Ralph Lauren Home Sample Sale. As we reported last week, this sale features an inundation of vintage knick-knacks and low-priced Ralph Lauren furniture. For a mere $100 you could be walking away with enough décor accents to re-decorate a small room. 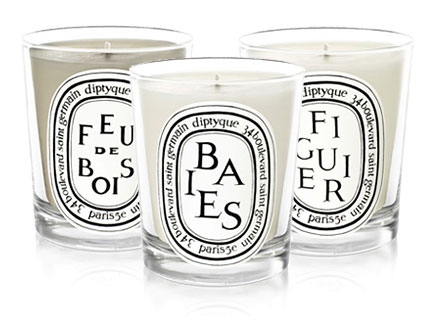 The Parisian company Diptyque, noted for their creation of diverse and eclectic scents, will host a sample sale beginning Wednesday at 225 Fifth Avenue. Be sure to get your hands on a few of their famous candles (I swear by them!), in a variety of smells from spicy Oriental blends to clove pomander, bitter orange and floral blends. Also on sale will be a number of their luxurious fragrances, beauty products and gift items.

Schedule a visit to Brooklyn Saturday to check out the Baggu, Mociun, No. 6 Footwear & Accessories Sample Sale. Jump off the L train and bask in discounts on No. 6’s fashionable clogs high heels and boots. Some of No. 6’s classics include the Hurache High Heel and Hurache Wedge, in addition to their comfortable and stylish leather clog buckle boots and wedges. If clogs are not your thing, then get your hands on the Baggu Leather Tote Bag or one of their sturdy canvas weekender bags.

Now that you revamped your bedroom with some vintage and antique pieces thanks to the Ralph Lauren Home Sale, scoop up some luxury linens from the Pratesi Sample Sale to add a pop of lavishness to even out the vibe with their hotel sheet sets and duvet covers.

After mapping out your shopping schedule tonight, sit back and relax, pop a bottle of wine and a bag of popcorn as you indulge yourself in luxurious fashion modeled by the biggest names in Hollywood at the 85th Annual Academy Awards.

And the winner goes to…