Eley Kishimoto, Patternity and Camille Walala have been working over the summer to create distinctive interpretations of Re-vive for display in Natuzzi Italia’s Tottenham Court Road flagship store in central London, from September 17 – 25. All three designers have drawn inspiration from Natuzzi’s key brand concept of harmonious living and its core symbols, which include natural and traditional elements found in their native region of Apulia: sun, olive trees and leaves, hand-crafted lace and Classical decorative architectural motifs. Another reference point is the design of Re-vive itself, which reclines without a lever mechanism by responding to the weight of the body.

Each designer was invited to create two customized recliners by working directly onto the white quilted leather cover using paint, vinyl, applied materials, spray or whichever media they felt appropriate. Whilst one recliner is displayed in the main store window throughout the London Design Festival week, the other has been specifically conceived as a ‘live chair’, devised for an exclusive launch event on September 19th, in which the designers have created special activities to engage with the audience. From a marbling workshop, to a live music performance by cellist Abi Wade, and a ‘customize your own chair’ stickers pack, the designers have responded to the dynamic and innovative design of Re-vive with characteristic verve and creativity.

The completed customized recliners will be displayed within the showroom along with an interactive element prepared by each designer, and will be available for the public to try and test during The London Design Festival. Three customized Re-vive chairs will also be on sale throughout the festival in aid of the families hit by the earthquake that has recently struck southern Italy. The proceeds from the sales will be donated to charity. 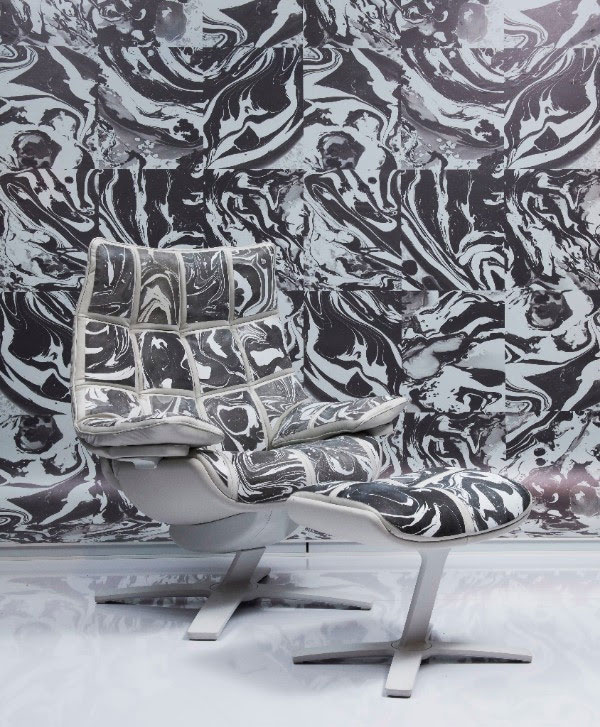 Patternity’s “Flow + Form”
Patternity’s unique marbled pattern ‘Flow + Form’ celebrates the elegant ergonomics of the Re-vive chair and the power of design to drive relaxation and flow states. Bringing the collaboration to life, the designers will host a live, immersive mindful-marbling workshop inviting participants to playfully explore the connections between design and positive living. 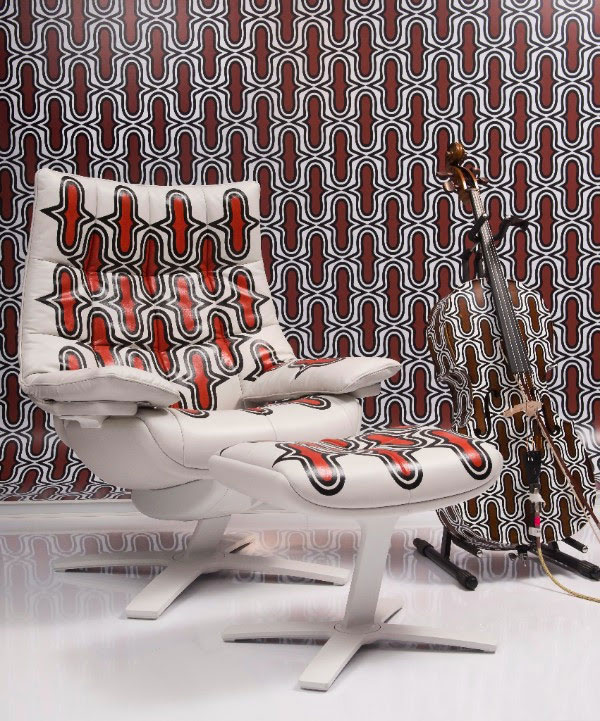 Eley Kishimoto
Eley Kishimoto has designed a brand-new, bespoke graphic pattern for Natuzzi taking reference from the DNA of the brand and essence of the Re-vive chair, in their trademark bold graphics. For the live evening the design duo has invited contemporary cellist Abi Wade who, fully dressed in a tailored Eley Kishimoto outfit featuring the same Re-vive pattern, will create a sonic performance, taking inspiration from the creation process of the pattern and production of the Re-vive x Eley Kishimoto chair. The chair, cello, and cellist will be all be dressed in the same pattern and embody the harmonious living concept at the core of Re-vive. 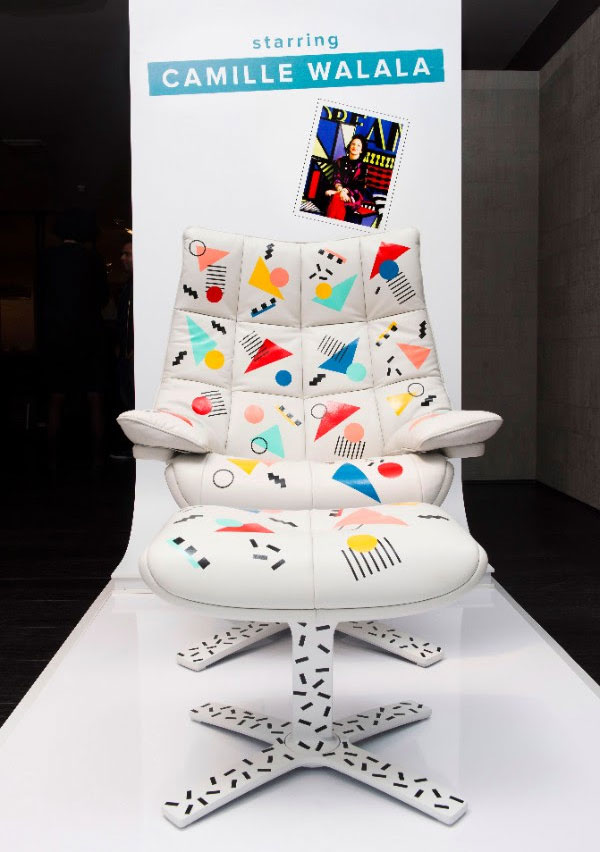 Camile Walala
Starting from the sun and olive tree symbols close to her Mediterranean roots, Camille Walala is applying bespoke, unique geometric symbols on the Re-vive using vinyl stencils to create a characteristically bold and dynamic design, conveying energy and vitality. During the live performance, she will invite the audience to create their own interpretation of the Natuzzi Re-vive by applying the same patterns on the recliner.

Posted by Staff Writer at 01:35 AM
News: Fashion, Beauty and Retail , Shopping like a Pro |