Enjoy live refreshments, informal modeling and enter for a chance to win a $500 Eileen Fisher wardrobe.**

*10% of proceeds from the evening will benefit the charity
**No purchase necessary. Please see a sales associate for details. 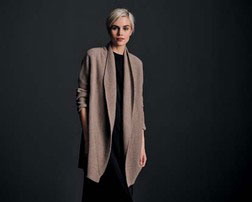 WHAT: Indigo Collection by AG Celebration with Sandy Oh and Leandra Medine

WHY: Meet Sandy Oh, Head Designer and Leandra Medine, Founder of Man Repeller to enjoy a special style conversation over cocktails in celebration of the newest collection from AG in addition to a super chic fashion presentation.

*while supplies last, one per customer please 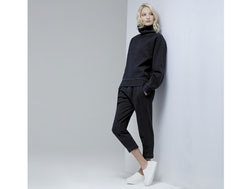 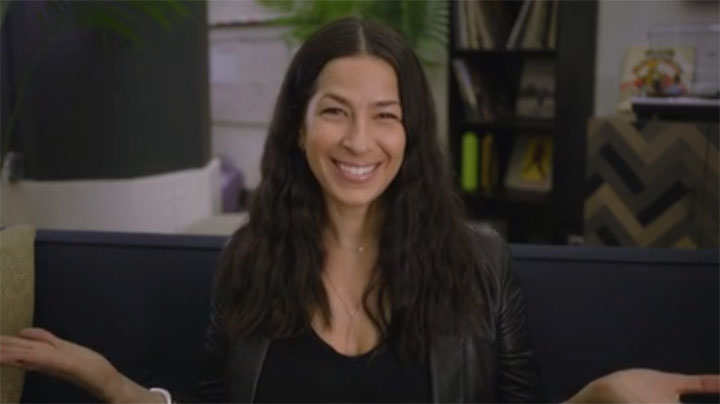 Rebecca Minkoff has released a digital video, “Love is in the Air” to celebrate Valentine’s Day this season. The video features Rebecca Minkoff alongside some of her stylish friends who share their thoughts on love for Valentine’s Day including love at first sight, soul mates, the feeling you get when you’re in love, and more.

The video features the following style influencers in order of appearance:

About REBECCA MINKOFF
With a vision of building a lifestyle brand for the downtown romantic, San Diego-born designer Rebecca Minkoff founded her company in 2001 after she developed a small apparel line. She spent the next few years working on the small collection until 2005 when Rebecca developed the “Morning After Bag”. The bag became an overnight sensation and Rebecca began solely concentrating on developing additional styles to build out her romantically themed day-to-night handbag collection. After four years of consistent growth in accessories under her belt, Rebecca returned to her original love of apparel design and introduced a ready-to-wear collection in 2009. Rebecca Minkoff’s designs are a favorite for modern, trend-setting everyday women and celebrities alike.

Posted by Staff Writer at 11:00 AM
Opinions , Relationships |

Today we continue our “Influential NYC Blogger of the Day” mini series, which features writers who were ahead, perhaps even pioneers, of the fashion blogging boom. So far we’ve highlighted shutter-happy Scott Schuman of “The Sartorialist“, social media darling Bryanboy, and the Advanced Style blog. 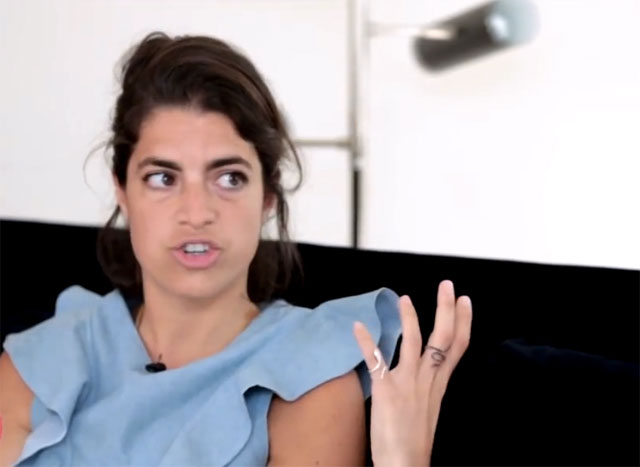 Leandra Medine is a New Yorker to the core. Not only was she born and raised in the bustling city, she also attended the Ramaz School on the UES and then hit the books in Greenwich Village’s The New School, where she studied journalism (an apt major, as it turns out).

While sifting through the racks of clothing at TopShop way back in 2010, the then-21-year-old experienced a lightbulb moment. It was there — amongst the hanging garments — where Medine came up with the idea her successful blog, “Man Repeller“.

“We were laughing at how everything was so man-repelling: acid-washed harem pants and enormous shoulder pads, and I just said, ‘That’s it! That’s the blog,’” she tells the NY Times.

And so from there on out, Medine photographed herself in various outfits showcased trends that surely many men would meet with a side eye. The idea of the blog wasn’t to turn men off, necessarily, but to play up the fact that women’s fashion is just that: women’s fashion. Women tend to dress for themselves and for each other and not to woo the handsome fella sitting in the corner. It’s the confidence that does the wooing, not the sequined blazer or sky high stilettos.

The Man Repeller blog still lives on today. What’s especially cool about the Man Repeller, aside from its brazen “I do what I want” mentality, is that Leandra Medine was barely at the legal drinking age when she founded it. And it exploded virtually overnight!

Where is Man Repeller today?:

The Man Repeller blog is still going strong, but Medrine has more on her plate, these days. She’s either got an amazing PR agent in her ear or she knows how to capitalize on her blog’s popularity.

There’s something about Medrine’s blog that’s relatable and unfussy. That, paired with her keen sense of style and wit, makes The Man Repeller an undeniable hit. Often people comment on her age and “being so young!” for the success she’s found (we did it here…), but Medrine would have been a hit even if she was 31 when she founded the blog.