WHY: Korean skincare and cosmetics at over 50% off retail prices at the Korean Beauty Sample Sale.

WHY: Up to 50% off retail prices on the Spring/Summer 2015 collection at the Wolcott : Takemoto Pop-up Studio Sale.

Up to 80% off retail prices on older merchandise. Pieces from the Fall/Winter 2015 collection will also be available at full price. 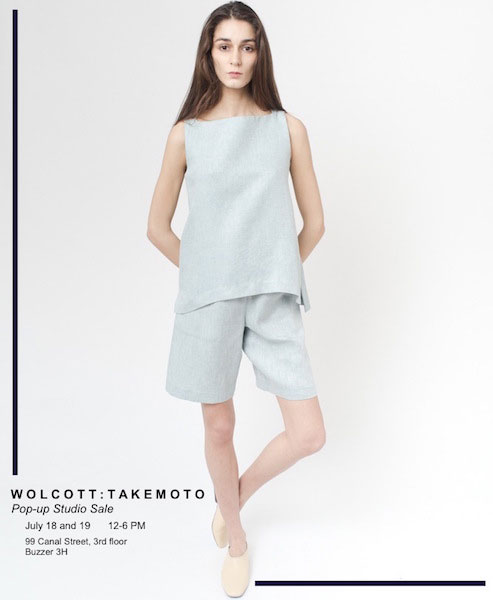