Consumers tend to make straightforward New Year resolutions: Spend less, save more and pay down debt. This year, it appears retailers want to change just one thing…their bottom line. The tried-and-true methods aren’t working anymore as consumers learn to resist the urge to buy, so merchants are starting their own trends. According to Bloomberg, consumer spending stalled in December, with a rise of just 0.1 percent, as Americans took advantage of last year’s slight jump in income to restore depleted savings. So what are retailers doing to change this trend? Here are a few examples.

1. JCPenney Ditches Sales
Shoppers have caught onto false savings, in which stores boost prices just before dropping them again for supposed sales. In an announcement last month, JCPenney basically admitted to this practice and said they were launching an everyday-low-prices campaign. For example, jeans that used to retail for $25 — but typically ended up selling for $15 — will just start off at $15.

2. The Shops at Target 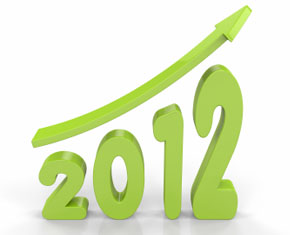 Apple addicts usually have to hit Apple brand stores to buy some of their new equipment. Such outlets are pretty few and far between, so imagine the thrill they must be experiencing, now that Target is testing a partnership to sell a wider variety of Apple produce in 25 of their stores.

Other partnerships are moving forward in Target’s store-within-a-store campaign, a trend long seen at department stores and in the Sephora outlets in JCPenney stores.

3. Wal-Mart Small Business Competition
Can’t you hear Ryan Seacrest proclaiming “This…is…the Wal-Mart Contest!” In a PR-savvy replication of the “American Idol” competition format, Wal-Mart will winnow down inventor/small business contestants until they select one lucky product for country-wide promotion on their shelves.

4. Luxury Retailers Up Free Shipping Game
Popular shoe e-retailers like Endless and Zappos made a splash with free return shipping, and some luxury shops are following suit. Nordstrom, Neiman Marcus and Saks Fifth Avenue offer free shipping both ways, with other companies expected to jump on the bandwagon in 2012, according to USA Today. For a comprehensive list of retailers who are ahead of this trend, go to the free return shipping page on FreeShipping.org.

5. Bye-bye Amazon Mom Benefits
Amazon is backing away from the discounts it has long offered moms, including a revocation of their popular two-day free shipping program. Diaper savings also have dropped from a high of 30 percent to a maximum of 20 percent.

6. Taco Bell Breakfast Burritos
“Yo quiero breakfast burritos!” The Mexican fast-food chain has finally figured out Americans like breakfast burritos, so it’s expanding its offerings to three meals per day. Perhaps Taco Bell is taking its own advice to “Think outside the bun.”

7. Booze It Up at Starbucks
The coffee chain sees plenty of business early in the day, but sales fall off later in the day, when even diehard caffeine addicts cut back on the java. To boost their sales during slow periods, Starbucks will soon begin serving beer, wine and hard liquor after 2 p.m. at select Southern California locations, as reported by the Los Angeles Times.

Related Posts:
Sneak Peek: 24 Looks From the Upcoming Altuzarra for Target Collab
A Look Into the Peter Pilotto for Target Collaboration
The 60 Second Guide to the New York City Holiday Markets
The Mink in the Thrift Store: Our Sheepish Relationship With Fur Coats