Who Knew? NYC Luxury Shoppers Love a Discount, Too. Duh. 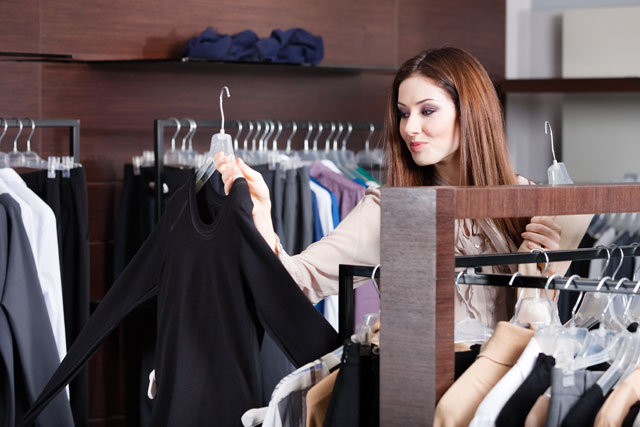 We know that even women who don nothing but designer labels and the season’s hottest trends love finding a good bargain on their duds. But now, it is   The New York Times writing about. They followed the footsteps of a handful of fashion savvy women who hunt product/clothing sales the way a hound hunts raccoons: ferociously and with determined, focused eyes. After all, an in season Alexander McQueen frock priced down 40 percent is like a trendy gift from the style gods. Only it’s not a gift that’s handed to them randomly. It takes real work — and plenty of time shifting through racks — to find these kinds of brag-worthy steals.

Says Annelise Peterson, a fashion consultant, “I fare-track for fashion.” However, instead of getting alerts in her e-box a la flash travel sales, she’s built a human network consisting of salesclerks who call and text her when the price and product are right. “It’s important to find a great source, a salesperson to point you to pieces that match your taste,” she noted.

The New York Times also interviewed affluent shopper and society figure Natalie Leeds Leventhal, who’s no stranger to Barneys sales racks. While inarguably wealthy, Leventhal still adheres to a strict set of buying rules when shopping. In fact, she says she refuses to pay full price on anything unless the item is so hard to come by it’ll disappear in the blink of an eye. Any other time, though, she scouts out a good bargain.

Like Peterson, Leventhal also has a network of salespeople who contact her if they get a product in she’ll appreciate. Read more about the steps fashionable women take when seeking designer goods at a fraction of their MSRP. We’ve said it for a long time, but now that The New York Times wrote it, you have to believe us.

Related Posts:
The Best Things to Buy Throughout Winter: Boots, Coats, Champagne and .......
National Pizza Day Has Us On The Search for The Best Pie in Town
Influential NYC Blogger of the Day: Man Repeller
The Mink in the Thrift Store: Our Sheepish Relationship With Fur Coats