Is Mother Nature Sabotaging You or Healing You? 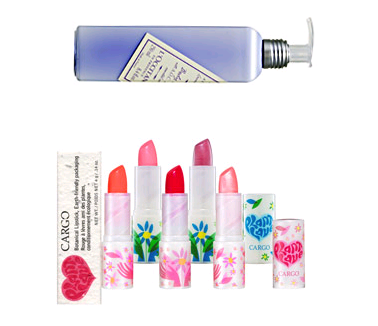 “I royally screwed up, Sofia! I screwed up and now I don’t know what to do.”

This is where I tried to act surprised, like I never expected to hear this from Mark. But Mark tends to always ‘royally screw up’ when he’s really into a girl. I hope it’s no surprise now to learn that he is currently really into a girl. Her name is Libby, and I don’t know if I’ve ever been more annoyed by a single living being before.

Okay, maybe my 5th grade math teacher, because she had really long nails that she painted this horrible light pink. When she waved them around it was all I could concentrate on in class. I was always very fearful that they’d scratch against the chalkboard (yes, we still used those back in the day).

Anyway – Libby. I don’t know how to say she’s annoying other than to tell you plainly that she is. Feel lucky not to have been able to make an opinion for yourself. That would mean you’d have been in a room with her. But, let’s go back to that moment of panic that Mark was having.
“She kept saying she wanted plants in her apartment – some greenery. She misses nature since she moved here.”

“Touche. So what is the screw up here, again?”

“It needed water. So, idiot that I am, I watered the thing. But something went wrong…the plant is like, defective…”

“Don’t tell me that the plant rejected your life-sustaining offering.” Sarcasm here.
“Well, yea! I’m serious. All of a sudden I heard the water trickling down like a waterfall.”

“So, you ruined her rug?” I prayed I was right.
“More like her new computer.”
So, there you go. Mark assumed I’d know what was wrong because I’m a girl, so obviously I’m supposed to know about things like this. But he’s supposed to be my friend, so he should know better than to think that. My idea of gardening is buying some roses from the florist and arranging them in a vase.
We unplugged her computer, yadda yadda, and luckily I didn’t have to be there when Mark told her his mistake. The most annoying thing about Libby? She forgave him. Which means he’s even more in love with her. He still wants to give her a present, of course. But I told him that another plant is probably not exactly a good idea.

Luckily, Libby also likes beauty products. And those have lots of plant ingredients these days. So I’ve steered him towards some of those. I first sent him to sephora.com on his own but he came back with Rene Furterer RF80 Concentrated Hair Strengthening Formula. Which is great, it has plant peptides and vitamins. But Libby has really thick and strong hair already. Strike!


You know what they say, know your customer, or in this case, know the subject of your unmitigated affection.