I’m not a spy, and I’ll never be in the CIA or FBI. Not like that’s supposed to be terribly surprising news. I didn’t think that anyone thought that. My point would be that even though I’m not a spy or anything (and I don’t even like James Bond movies) I like the idea of being a spy.

I mean, you’d be in constant danger – sure. But you’d have tons of cool gadgets, and you’d be full of so much knowledge that you could kill a man by just touching his shoulder in the right spot. (Not that you should unless you had to.)

I have this friend, Alex, who used to walk through airports with sunglasses on, walking very fast. Why? Because no fail, people would always assume he was some sort of celebrity. But they would also be aware of the ‘stay away’ vibe. And what’s bad about that? There are plenty of times I don’t want people to bother me: during a bath, when I attempt to meditate, or during an episode of Lost.  Sometimes even when I’m out, I just want to get through with a type of shield all over me, being left alone. That’s not a crime! Never feel guilty for wanting to be incognito.

That was my inspiration for finding these items that speak of being mysterious and unapproachable: 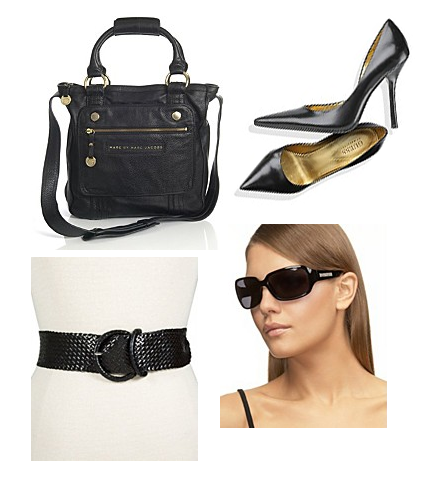 Much love (and be fierce!),

Posted by Mirela Gluck at 06:00 AM
SHOES/ACCESSORIES , STYLE/BEAUTY |