Gucci Sample Sale - It Starts on Friday, not Thursday

Our sincerest apologies to any Gucci salivating shoppers out there who planned on trying their luck in line at the Metropolitan Pavilion tomorrow for the Gucci Friends and Family Sample Sale but as it turns out, the sale begins this FRIDAY not Thursday as previously reported. With conflicting hearsays and unclear information (not to mention Gucci’s PR refusing to respond to our repeated emails) it is obvious that Gucci wants to restrict shoppers at their upcoming sale that promises up to 85% off beloved fashions. So what’s inside? Apparently crown jewels protected by large guards, which makes us vie for a peak inside evermore. 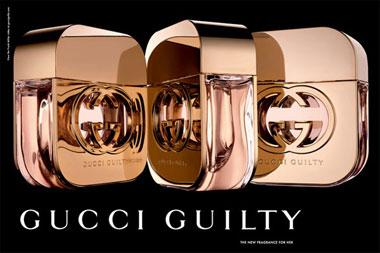 Mizhattan was the first to report on the Gucci VIP Sale, stating a Thursday start until a reader corrected them. They similarly provided little information and no statement in regards to start and end times. Popular sale blogs such as Racked (and The Stylish City) then conveyed the incorrect tip to their readership. This leads me to believe that Gucci is throwing shoppers off, sending them to Chelsea tomorrow for a day of disappointment in order to avoid dealing with crowds that would have otherwise shown face on Thursday morning. Perhaps Gucci employees took note to the madness that occurred last week at the Christian Louboutin sale – a super exclusive, invite only sale where hundreds lined up begging for entry – and is doing everything in their power to avoid pleading eyes, namely by duping the shopper’s source AKA the sample sale blog.

Aside from the frequent multiple brand sample sales from companies such as Boutique on 57 and online sale ventures like Beyond the Rack and Ideeli, an advertised sample sale for Gucci is enigmatic. The most recent publicized event I was able to come across was held in the same Metropolitan Pavilion but was only a sample sale for Gucci Watches. Regardless of the simplicity, this drew in the crowds with reports of the line holding a three-hour wait, so imagine what would happen if this current case with apparel and accessories was broadcasted.

So where does that leave you now? Sad and depressed, wishing you could only touch a Gucci silk top for an outrageous 85% off retail pricing? Hardly! Being able to gain access in the next three days will be an impossible feat and a total waste of time. They are clearly up to something and not even the stealthiest of shoppers will be able to barge through their steel gates. Wait until the tail end of the sale. This isn’t a one-day event, nor a two-day, it is multiple day sale translating to Gucci employees begging for shoppers at the end. Given the scarce invites dispersed, come Monday Gucci will be in desperate need to get rid of the sale’s remaining merchandise and scrapping to fill Metropolitan Pavilion’s vast space with shoppers therefor letting the likes of us in. So go for it! Good luck and report back!