When a break-up happens and you were living with someone, you need to reclaim your space (old or new). My good (sweet but naive in love) friend, Elizabeth, learned that the hard way. You have to understand that Elizabeth was the kind of girlfriend that always invested herself totally. So she never minded that her boyfriend (now ‘the ex’) left his stuff all over her place. Smelly socks? X-Men DVDs? That ridiculous Halo game? No problem. When they decided to have him move in, she said it felt so natural.

Good-natured friend I am, I didn’t want to tell her it was because he’d already moved into her place five months ago by way of a hostile takeover via his stuff.

Elizabeth’s boyfriend had brought so much stuff with him that she’d stop buying things for herself, AND sold things on eBay just to make room for it all. “I want him to feel invited, like he’s not invading – that he lives here and I want him here,” she would say, as so many of us say at some point when we’re afraid of being the other sort of girlfriend. (The type that expect their boyfriends or girlfriends to like using heart-shaped soap that’s scented like a rose.)

But I was always sure he was far from thinking he was invasive. This seemed confirmed when he started walking around naked when she had friends over. (Her denial went into overdrive i.e. ‘guys just do that!)

As you can guess by now – they’ve broken up and this has left her with an apartment that feels empty. Which seems to magnify how she feels without him. Which is not how I’m going to let her feel. When a guy goes away, so does the mandatory ‘no overly girly things’ everywhere. I say fill the place with fluffy velvet pillows and heaps of potpourri!

Well, or whatever your tastes are. So this weekend I’m forcing some shopping down Elizabeth’s throat. Wish us luck? I’ve already gotten some ideas. 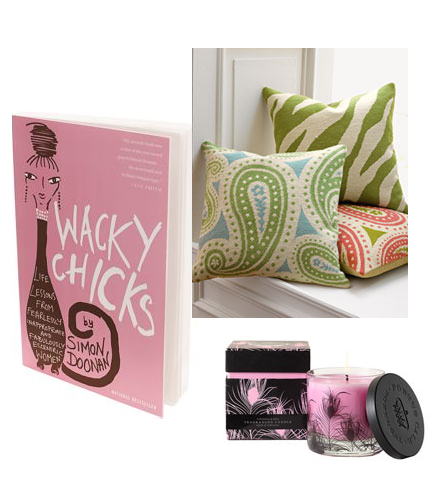