Remember the heady days of the early 2000s, just ten years ago? Reality TV was just starting to become A Thing and the word “blog” was just entering the lexicon. Yes, it was 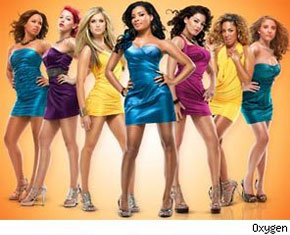 a more innocent time indeed. Today, reality shows account for what seems to be upwards of half of all television and everyone and your mother has their own blog.

Reality television and blogs have more in common than meets the eye. On the surface, both allow us a window into the lives of others. Whether it’s the schadenfreude engendered by watching a Teen Mom marathon or the train-wreck fascination of reading the blog of a high school acquaintance you always hated, the voyeurism can be addictive.

But there’s a more sinister side to the similarities between reality television and blogs. Reality television is cheaper than scripted shows, but it’s also not as good. We like The Bachelor as much (okay, more) than the next person, but it’s never going to hit the emotional highs and lows of The Wire, or even Cougar Town. Similarly, it’s fun to click around The Huffington Post, but it’s not exactly offering the journalistic excellence and integrity as the New York Times.

Unfortunately, both scripted shows and legit news media seem determined to sink to the level of reality television and blogs: witness the Times increasing focus on hyperlocal blog sites like Fort Greene Local and the increasingly cheap look of most television comedies. We can only hope this trend reverses itself. In the meantime, we’ll just be sitting here, suffering some major early 2000s nostalgia.

Related Posts:
M.T.A. Bus and Subway Will Cost You More Thanks to Price Increase