A Democratic Side-Effect: The Decreased Status of Women in the New Europe

Following a period of revolution and tumult in Central, Eastern and Southeastern Europe that preceded the eventual dissolution of the Soviet Union in 1991, many former socialist nations began to adopt democracy as their political system of choice. Such a huge political shift – from an ostensibly oppressive system to a supposedly better one – was always going to have a serious social impact on the countries involved. What many people did not foresee, however, was the effect it would have on the role of women. 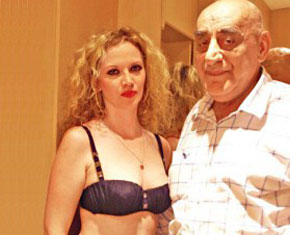 Although reality is always much more complex than doctrines dictate, under socialism women were considered to be the equals of men. Swanee Hunt says in an article for Foreign Affairs magazine, “life under communism was a far cry from the auspicious pronouncements of fair treatment for all comrades.” However she acknowledges that gender parity was protected by the communist system, and when that system collapsed it opened the floodgates for a renewal of the discrimination against women that had existed under the surface in the totalitarian states.

It is pretty much universally agreed that women are worse off in the post-Soviet era, but what exactly are the hardships that they are facing? For one thing, the mistreatment of women is extremely pervasive. Even in the top echelons of society and government, men rarely make an effort to hide their archaic notions. A good example can be found in Bucharest, where the former mayor has been likened to a Romanian Hugh Hefner – we can think of no worse indictment of one’s character than that. He recently married his third wife, a beautiful woman many years his junior. This has become common place, even fashionable among powerful men, to leave their wives and marry very young women.

But the fact that sexism exists in political circles is not something unique to any one part of the world, so it is somewhat of a digression from the main point, which is that women are suffering genuine hardship under democracy in the former Soviet world. One of the key indicators of this fact is that prostitution and human trafficking are rife. The following passage is taken from a recent article in The Telegraph on the issue of sex slavery:

“Sex trafficking is one of the most profitable illegal businesses in both Eastern and Western Europe. In Moldova, the poorest country in Europe, where female unemployment may reach 68 per cent and a third of the workforce lives and works abroad, it is estimated that since 1989 between 200,000 and 400,000 women have been sold into prostitution elsewhere – perhaps 10 percent of the female population. The country is the main exporter of sex slaves for the continent.”

10 percent of the female population is an alarmingly, shockingly high figure. Generally speaking, women in these post-communist countries are perceived as little more than sex objects by men. Under the communist regimes a large number of women went to college and made a fair wage; now it seems that prostitution is the only option for those wishing to escape the horror of their lives in what are supposed to be new, forward-thinking, open democratic nations.

There is a distinct marginalization of women occurring in these countries, with diminished access to the labor market being a particular problem. Eastern European women, if they work at all, generally find themselves in lower-paid professions. Gender-biased hiring and promotion practices are rampant too. For example Swanee Hunt notes that “job advertisements frequently specify “attractive female receptionist” or “male manager.” In most of the new democracies, regulations prescribe early retirement for women, locking them into fixed incomes far removed from the free market.”

Other problems for these afflicted women include an increased crime rate, diminished social welfare schemes, and virtually no representation at government level. Again from Foreign Affairs: “In many countries in transition the feminization of poverty has been striking. In Russia, 87 percent of employed urban residents with incomes under $21 a month are female; above earnings of $315 a month, the figure nose-dives to 32 percent.”

It is clear to us now the hope that came with democracy in the post-communist era did not bear any fruit in reality, at least where women are concerned. Even if misogyny was rampant back then in the same manner it seems to be today, the structures and mores of a socialist regime meant that men had to pay heed to female equality. But now that those structures have been removed, the worst instincts of these men have risen to top and women are suffering because of it. All this under the banner of democracy.